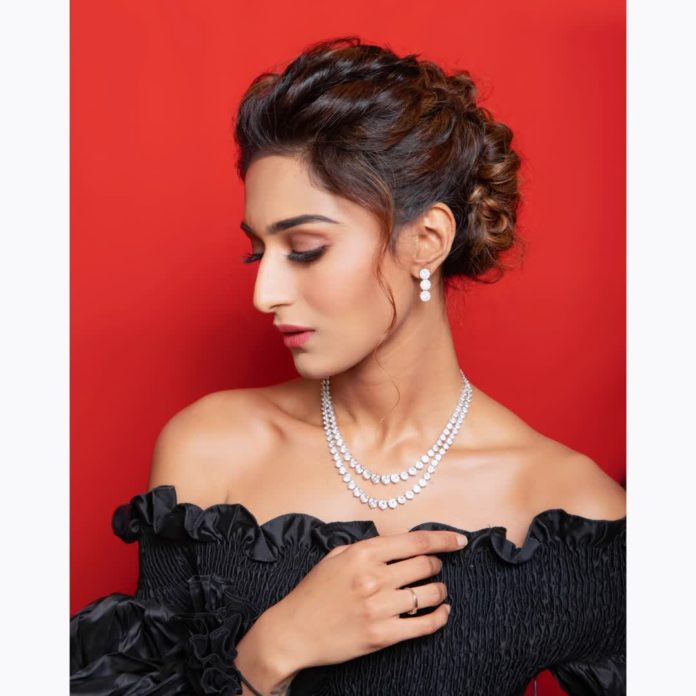 Actress Erica Fernandes has become an household name with her performance in the hit serial ‘Kasautii Zindagii Kay.’

She recently a lovely picture of herself on her Instagram profile, that has stormed the internet.

The ‘Kasautii Zindagii Kay’ actress looks simply stunning in the picture with black outfit and a beautiful jewelry.

On the work front, Erica has been essaying the role of Prerna Bajaj/Sharma in the hit serial ‘Kasautii Zindagii Kay’, which is a reboot of the 2001 serial of the same name.

The role has been well received and has earned her a nomination for the Indian Television Academy Award for Best Actress (Popular).

She was earlier seen playing the role of Dr. Sonakshi Bose in ‘Kuch Rang Pyaar Ke Aise Bhi’ which won her the Asian Viewers Television Award for Female Actor of the Year.

Erica had made her acting debut in 2013 playing a supporting role in the Tamil language psychological thriller film ‘Ainthu Ainthu Ainthu.’

Erica made her Bollywood debut with ‘Babloo Happy Hai’ and has appeared in films like ‘Virattu’, ‘Galipatam’, ‘Dega’, Buguri’ and ‘Vizhithiru.’