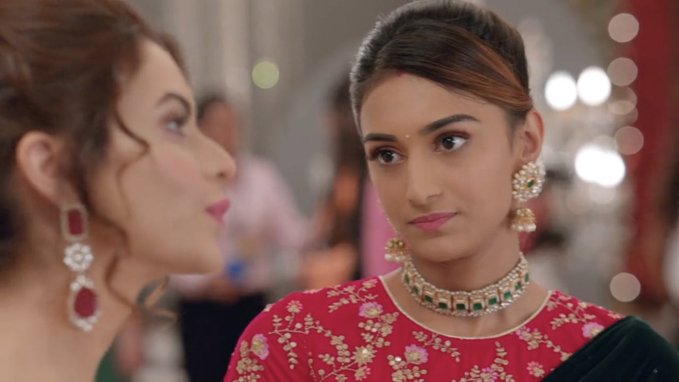 The recent episode of Kasautti Zindagii Kay opens with Mohini and Veena still fighting about Anurag and Prerna. Veena asserts that Prerna is bearing Anurag’s child. Mohini warns her not to use Anurag’s name for Prerna’s child. Shivani interferes, and Nevidita supports Mohini.

Veena is disgusted by Mohini’s behavior toward Prerna and decides to never let them see the face of her daughter’s child. Komolika approaches Prerna and gloats about how she is the ideal bahu of Basu family while she has been thrown out of the house. Prerna challenges Komolika to tell everyone about her identity, but the latter lashes out and tells her to mind her manners.

Veena is upset and Prerna asks her the reason. Veena doesn’t want to create a scene so she doesn’t tell her the truth. She also asks Shivani to keep quiet about Mohini’s comments. Anurag infiltrates Shekar’s house. Komolika taunts Prerna again about being Anurag’s wife.

Anurag wants to know the truth about Prerna’s husband. Komolika says Anurag will never remember his past because there’s no proof of his marriage with Prerna. Veena tells Shivani she wanted to show Anurag the picture of his wedding with Prerna but didn’t because she had promised her daughter.

Mohini confronts Prerna and tells her to stay away from her son. Prerna points out that he’s in his best health when he is with her. Mohini warns her against trying to remind anything to Anurag. Prerna declares that she’s not going to leave Anurag, or stay away from him. Mohini can try her best.