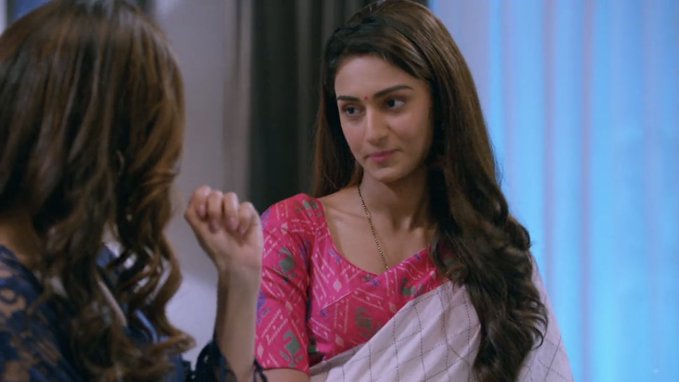 The upcoming episode of Kasautii Zindagii Kay begins with Komolika talking to Prerna on video call. Komolika tells Prerna that Anurag is unconscious and she’s going to take advantage of him. Komolika puts Prerna’s call on mute, so she can’t alert Anurag and then keeps the phone on a table so that she can see everything. Prerna gets desperate to save Anurag and tells Shivani they will have to reach the hotel quickly before Komolika is successful at her plans. Ronit still believes that Komolika’s life is in danger, and leaves for the hotel to save her.

Prerna tells Shivani to play the contract killer. Komolika begins to dance with Anurag, who is loosing consciousness and is in the process of taking his clothes off. Ronit reaches the hotel, and thinks that Shivani, who is dressed in black coat is the killer. He chases through the hotel lobbies. Prerna calls the police and gets ready to disturb Prerna.

Ronit thinks that the killer has entered Komolika’s room and infiltrates the suite from the window. Komolika sees him and is angry that he disturbed her. Ronit tells her that there’s a killer inside her room, but Komolika doesn’t believe him. Just then, there’s a loud knocking on the door. Komolika tells him to hide in the bathroom. She opens the door, and sees the manager and Prerna. The manager tells Komolika that her life is in danger. Komolika’s plans to be with Anurag are ruined. Prerna goes and checks on Anurag, who is still unconscious.

Tomorrow: Mohini and Komolika have a disagreement about Anurag. Komolika pledges to take revenge on Prerna.