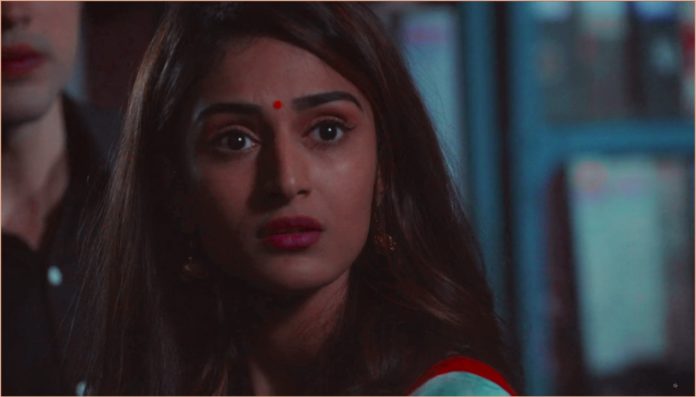 The episode begins with Sonalika/Komolika talking to a man, who was responsible for kidnapping Prerna. She’s looking out of the window, so when Prerna enters her cabin with coffee, she’s unable to see her. Prerna places the coffee on the table and exits without being identified. Sonalika tries to drink the coffee but it’s too hot and she spits it out. She throws the cup away, and goes out to the hall to demand who served the coffee to her. She fires a man who’s laughing at her, and orders Ashish to find the culprit or he’s going to get fired as well.

Mohini is very upset with the servants for their negligence, which resulted in Anurag discovering his photograph with Prerna. She orders them to erase every trace of her ex daughter in law from the house. Nivedita comes to meet her, and requests to hold a Sindoor mela for her friends. Mohini is reluctant at first, but then agrees to her wish.

Anurag visits Komolika in her cabin, and asks if she’s feeling comfortable. He’s going for an urgent meeting and won’t be able to spend time with her. Komolika is frustrated at this, but begins to make a plan to trick Anurag into being alone with her. A staff member comes to her, and tells her about the store room where the hard copy documents of the office are kept.

Komolika phones Anurag and tells him she’s lost her way and is standing in a storeroom. She then goes out to clean herself, and Anurag enters the room to find her. The door clicks shut. Anurag finds Prerna instead, who’s afraid that there’s a witch in the room. He makes fun of her superstitions. Komolika returns from the washroom and realizes that Anurag is locked inside. Just as she’s about to leave to find the keys, she hears a woman’s voice.

Tomorrow: Komolika to finally find out that Prerna is Annurag’s secretary.