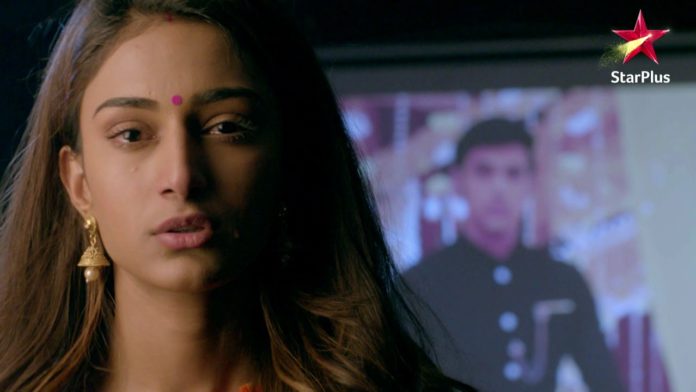 The episode stars with Sonalika/Komolika deciding against hitting Prerna with her car because she believes a person should be able to see the face of their assailant. She drives up to Prerna and offers a ride. Prerna is skeptical at first, but then agrees. Somalia drops Prerna at her home, but just as she’s leaving, she splashes mud on her clothes and face with her car.

She acts sympathetic and gives Prerna a tissue to clean the mud. Prerna arrives at her home, and everyone is shocked to see her crying. She shares her story with them, and the reason why she can’t go back to the Basu house.

Shivani is angry by the news and goes to confront Mohini and Moloy. She reaches Basu mansion and asks Mohini why she threw Prerna out of the house. Mohini says it was necessary to remove every trace of Prerna because Anurag can’t know anything about his previous life. She also blames Prerna for her son’s condition. Mohini doesn’t want to continue any sort of communication between the two families. Komolika watches the scene from behind and is delighted.

Anurag wakes up, and comes down to meet his parents. He is still confused about the past 2 years of his life. Mohini warns Moloy against telling the truth about his life. Moloy doesn’t reveal anything shocking, but does tell him about the death of Prerna’s father.

Tomorrow: Anurag and Prerna have an encounter on the road when his car accidentally hits her. He tells her that he’ll take care of her, as Komolika watches angrily.