Actress Katrina Kaif will soon be producing a film whose script really interests her irrespective of the genre.

Katrina Kaif is a film actress and model known for her work in Indian films. She has appeared in Hindi films, as well as Telugu and Malayalam films. She is one of the most attractive celebrities and the highest paid actress.

According to the recent reports, Katrina will soon be producing a film. Actresses like Priyanka Chopra and Anushka Sharma have already into the production line. If Katrina is planning out something like this, then actress definitely responds in agreement. Talking about how she is interested in turning out to be a producer. On this, she said, “It has always been on her mind”, Katrina mentioned that this would be a natural progression. She thinks this is a logistical aspect that she needs to be ready for.  She also praised her colleague Anushka Sharma for starting up her production house with her brother Karnesh Sharma.

However, she said, she does not have any particular kind of film that she wants to produce she believes movies are all about connecting with people and if it doesn’t, it is pointless to make them. Katrina will be producing a film whose script really interests her irrespective of the genre. She even tried to buy the rights of French movie “He Loves Me… He Loves Me Not”, but the deal did not work through.

On the work front, Katrina will soon be coming in Aanand L. Rai’s next opposite Shah Rukh Khan and Anushka Sharma. She will also be seen as the leading lady in “Tiger Zinda Hai” opposite Salman Khan and will later shoot for Thugs Of Hindostan with Aamir Khan and Amitabh Bachchan. 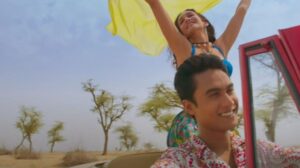 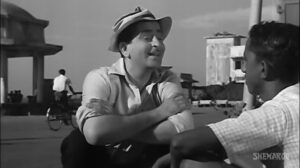