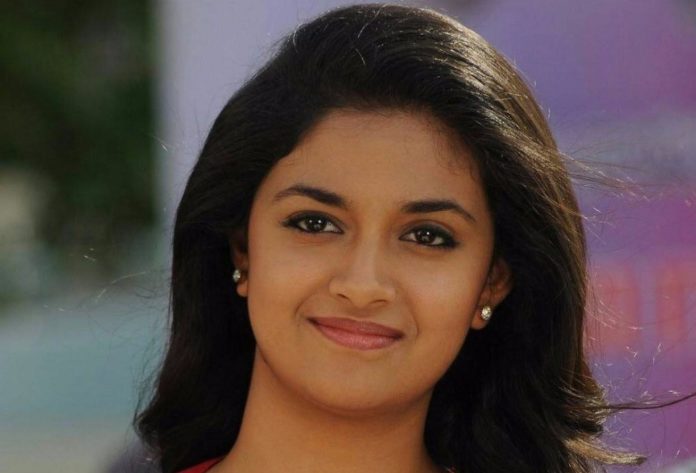 South Indian actress Keerthy Suresh has come on board to play the female lead in Ajay Devgn starrer film which focuses on the golden years of Indian football between 1951 and 1962. The sports drama will be directed by ‘Badhaai Ho‘ director Amit Sharma.

Ajay has been roped in to play the former coach and manager of the Indian national football team, Syed Abdul Rahim, and Keerthy will play his wife in the film.

The actress’ bilingual ‘Mahanati’  holds the record for the highest grossing South film with a female lead. She said that she focusses on signing films that have substantial, challenging parts for her.

“Syed Abdul Rahim’s story is a forgotten chapter in Indian history and I am glad that the makers are telling it through a film,” the actress added.

Boney Kapoor will be producing the film with Akash Chawla and Arunava Joy Sengupta. Boney said, “It’s also a conservative love story which focuses on the couple’s life after marriage. Keerthy is one of the most successful actresses in Tamil, Telugu and Malayalam cinema. Her presence would give us an enhanced reach in the Southern belt.”

About the film being bilingual, he said, “It is not being planned as a bilingual but as a Hindi feature film. It’s a fabulous story with a pan-India reach, and has the potential to be one of the biggest films that will break the language barrier.”

Boney added that the film will be shot abroad besides Delhi, Lucknow, Kolkata, and Mumbai. “We have two locations to choose from Rome, Melbourne, and Jakarta.”