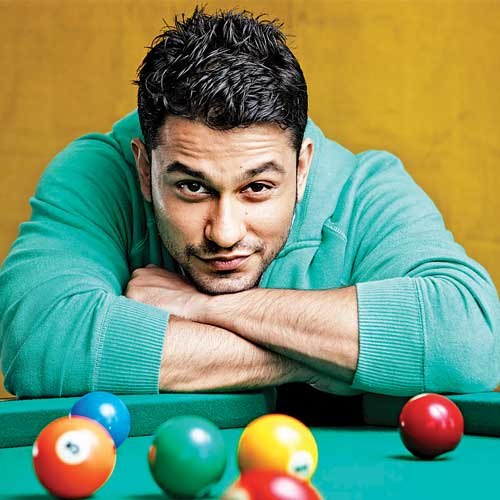 After his Okay-ish career in Bollywood, Kunal Kemmu has now turned towards small screen. He is all set to make his television debut with a new comedy series ‘Kanpur Wale Khuranas’, which will be aired on Star Plus.

He will be sharing the screen with Sunil Grover, Ali Asgar, Adaa Khan, Upasana Singh, Sugandha Mishra and others. Producers of the show are Preeti and Neeti Simoes.

According to a source, “The show will be a unique concept that will showcase the highlights of the year (2018). While Kunal will host the achievers of the year, Sunil, who plays his jija (brother-in-law) will entertain the audience with gags. Adaa will play Sunil’s wife in the show. Ali, Upasana and Sugandha will also be part of their crazy family. The team has already started shooting and it will go on air sometime in December.”

The announcement of this show has put to rest, the rumors about Kapil Sharma and Sunil Grover’s reunion. The new season of ‘The Kapil Sharma show’ is also ready to be aired soon and will be pitted against ‘Kanpur Wale Khuranas’.

Beside, the television comedy show Kunal Kemmu’s upcoming Bollywood projects are ‘Kalank’ and ‘Go Goa Gone 2’. Both will tentatively release in 2019.

‘Badhaai Ho’ doing better than ‘Thugs of Hindostan’ even in International market
Poonam Dhillon on #MeToo: Generalizing any industry is wrong
Comment