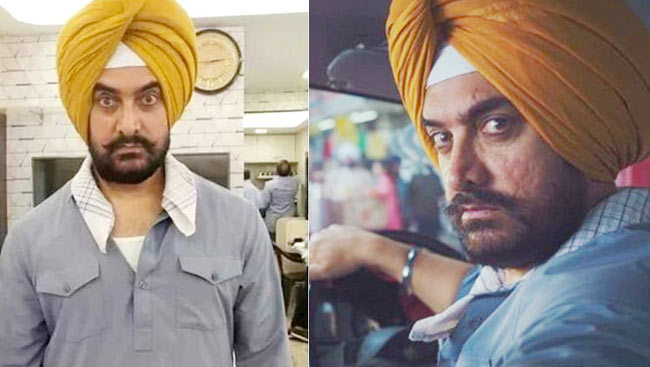 After facing a set-back from the audience in his last film Thugs of Hindostan, Aamir Khan is all set to make his mark on Box Office with his upcoming film Laal Singh Chaddha. We will see Aamir playing a ‘sikh’ in the movie and the the story revolves around the main character and experiences that he faces during his life.

The movie Laal Singh Chaddha is hindi remake of English film Forrest Gump starring Tom Hanks. Aamir had recently talked about his character from the film and had called it ‘a lovable, innocent Sikh guy’.

Talking about his preparations for playing a sikh character in the movie, Aamir had said, “Each time you have to not just be the character but look like that, too. In this case, I feel Lal Singh is a character — bodily and physically speaking — I see him as a lean person throughout the film, who is not exceptionally muscular. That’s how I’m hoping to project it. And I’d be speaking Punjabi in the film that I’ve just started learning”.

The shooting for the movie has started and first look from the sets of the movie is leaked where Aamir can be seen sporting a beard and wearing a turban.

#AamirKhan as #laalsinghchaddha on the sets in Chandigarh #photooftheday #sunday

The movie had earlier faced flak when it was revealed that it is a remake of an english film. Aamir had talked about doing remakes and how doing remakes gives you an opportunity to reinterpret the same material. He had said, “I believe that whenever a script excites me, I want to do it. I have done remakes in the past, too — It Happened One Night was remade into Dil Hai KI Maanta Nahi and Tamil film Ghajini was remade as Ghajini in Hindi. But, it’s not something I do very often. Most of my films are original scripts”. Talking more about the film, the film will have Vijay Sethupathi and Kareena Kapoor in the lead roles with Aamir. Kareena will play the love interest of Aamir and it will be their third collaboration after 3 Idiots and Talaash.

The shooting for the film has already started and it is all set to his the theaters on 25 December 2020.