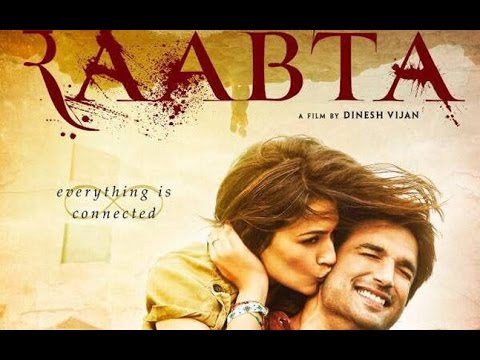 Lambiyaan Si Judaiyaan is a heartbreak anthem from the movie Raabta. Sung by Arjit Singh, it captures emotional journey of Shiv and Saira as they fall apart

‘Raabta‘ is about the sweet romance and happy times of Saira ( Kriti Sanon) and Shiv (Sushant Singh Rajput). The trailer gave a sneak peek into the happily ever after moments of the movie. Though, we were introduced to a tribal and ancient world where a cruel beast comes in between the lovely couple, but not for once did we see them going their separate ways. But in the recently released song, “Lambiyaan Si Judaiyaan” we are taken through the painful separation of the lead couple of the film.

The song captures the emotional journey of Shiv and Saira as they fall apart after a misunderstanding. Arjit Singh is the man behind the heartbreak anthem. Penned by Amitabh Bhattacharya, the track also has acoustic guitars by Arijit Singh and Roland Fernandes.

Unlike the other songs from the movie this song is slow but a soulful rendition. This is the song which perfectly brings out the emotions of a heartbreak. The song has been extensively shot in Budapest ( Capital of Hungary )