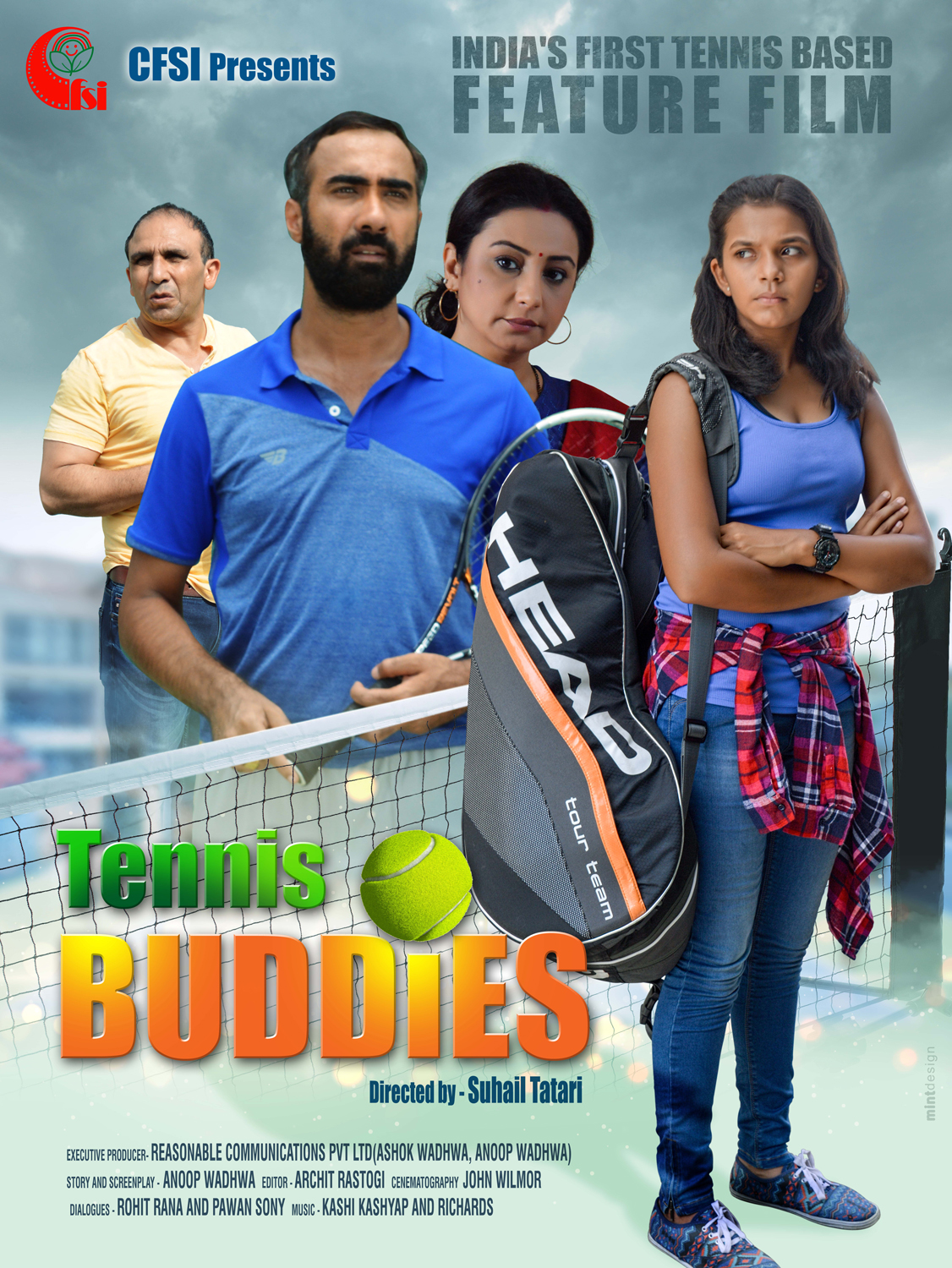 According to Children’s’ Film Society India website, “This 110 minutes long film “ Tennis Buddies “ is the story of a young girl tennis player named Anushka whose father, an ex-Tennis Player himself, pushes her to the limits and she, on her part responds in kind. The father firmly believes that glory lies in playing singles while, at a certain juncture in the film, the girl is convinced that she should play for her club in a team tournament, a fact her father detests. This creates an ideological gap between the father and the daughter but how ultimately Anushka goes on to do her father, the city and the club proud is the crux of the film’s narrative.”

Rajesh Gohil Administrative officer of Children’s Film Society India (CFSI) says, “Since we believe the sports is but extension of life we, under stewardship of the chairperson Mukesh Khanna, we  set out to produce a sports film since we knew that our long-time associate Anoop Wadhwa has a fetish for sports and also keen on writing we approached him and in our collaboration the concept of film Tennis Buddies germinated and the rest as a raise is history.”

The film was selected in 8 International Film Festivals and won Best Feature Film Award as adjudged by “Child Jury” in 20 ICFFI- 2017.

Sidharth Malhotra and Parineeti Chopra’s next film ‘Jabariya Jodi’ to release on July 12, 2019
‘Mere Pyaare Prime Minister’ to have a special screening for Sadhguru in Coimbatore
Comment