The Indian Wire » Entertainment » Legendary Choreographer, Saroj Khan passes away at 71 due to cardiac arrest 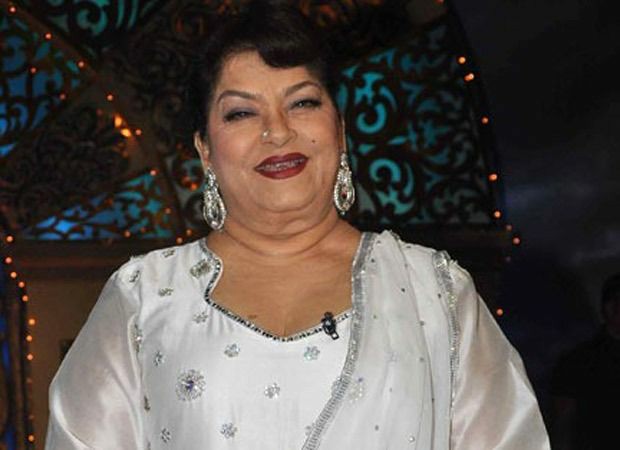 A true legend and a noble soul has departed our world. Bollywood choreographer, Saroj Khan is no more. On Friday, she passed away at the age of 71 dur to cardiac arrest in Mumbai. The news of her demise was shared by her daughter, Sukaina Khan.

Saroj made her name in Bollywood with her dancing abilities. Her stint in Bollywood, started with the film Nazarana, wherein she played the role of younger Shyama. Though, it was dance director B. Sohanlal who changed her career. With his help, she forayed into dancing in the 1950s and worked as a background dancer in Bimal Roy’s film ‘Madhumati’.

As her career started taking a different turn, she became an assistant choreographer and later went to get recognition for her work in Geeta Mera Naam( 1974). She had worked in the film as an independent choreographer. In her early career at the time, Khan became more famous with Mr India (1987), in which she choreographed the famous hit ‘Hawa Hawai’. It was her first collaboration with late actor, Sridevi with whom she would further work on films such as Chandni and Nagina.

Although Saroj Khan had started becoming popular after Mr India, she seldom knew that she’ll reach the zenith of her career after it. Her collaboration with actor, Madhuri Dixit brought her unprecedented success. Their song ‘Ek Do Teen’ from Tezaab kickstarted a new era for both of them. Together, they gave Indian Cinema, some of its most enduring dance numbers such as Tamma Tamma Loge” (Thanedaar), “Hum Ko Aaj Kal Hai Intezaar” (Sailaab) and “Dhak Dhak Karne Laga” (Beta).

These songs not only established her as a big name in Bollywood but she would go on to choreograph around  2000 songs. Her work fetched her several awards, including three National Film Awards for films Devdas, Jab We Met and Sringaram (Tamil). Further, she also won four Filmfare Awards, for films such as Guru, Khalnayak, Hum Dil De Chuke Sanam and Chaalbaaz.

As a choreographer her last work in the film industry was in Karan Johar’s 2019 film, Kalank. She choreographed Madhuri Dixit song ‘Tabaah Ho Gaye’.

Apart from some of the above mentioned films, the list of films on which she worked were popular bollywood classics such as Darr, Baazigar, Mohra, Dilwale Dulhania Le Jayenge and Lagaan among others.

She did not limited herself to just choreographing, as she tried her hands on screenwriting too. As a writer, she wrote for a few films which were Khiladi, Veeru Dada, Chhote Sarkar among others. She even appeared as a judge on reality dance shows Nach Baliye, Ustaadon Ka Ustaad, Boogie Woogie and Jhalak Dikhhla Jaa.

It is indeed a big loss for Indian Cinema, Saroj ji who was fondly called as Masterji, has left her mark on Bollywood.