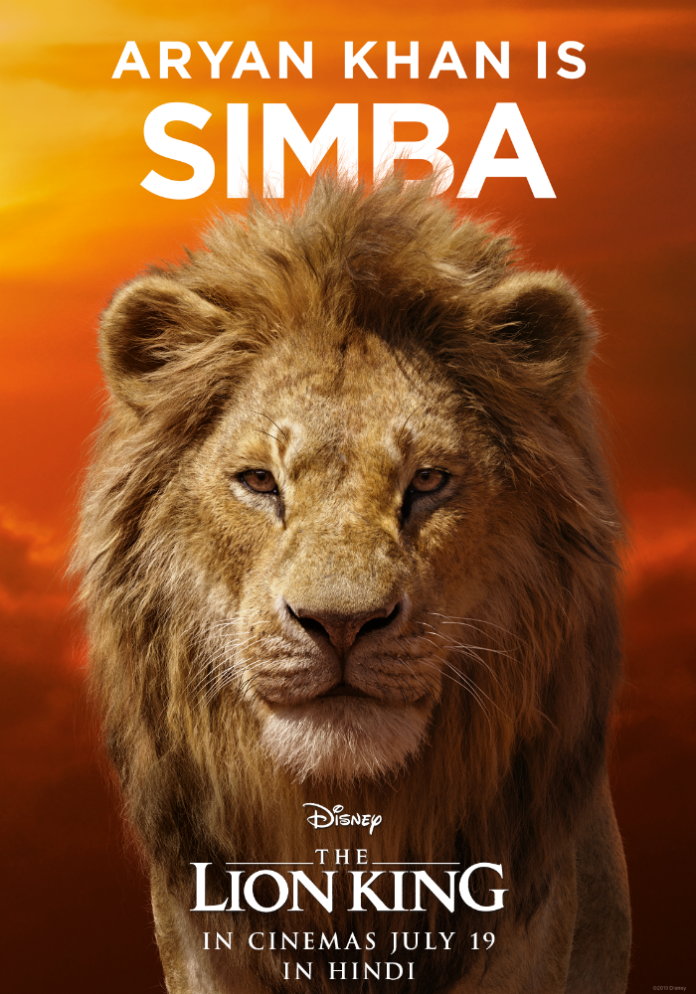 The upcoming Hollywood movie “The Lion King” is in inception since the day it was announced, it will release in India on July 19 in English, Hindi, Tamil, and Telugu.

The King Khan of B-town with his son Aryan Khan has lent their voice for its Hindi version, where Shah Rukh Khan has given his voice for the main lead character” Mufasa” while Aryan for the primary character “Simba.”

Recently the trailer of the movie is out in the Hindi Language in the voice of Aryan Khan, Taran Adarsh trade analyst took to his twitter to share the trailer, in a post he wrote “Aryan Khan… Presenting the #Hindi trailer of Disney’s #TheLionKing in the voice of #AryanKhan… 19 July 2019 release in #English, #Hindi, #Tamil and #Telugu… Link:”

The trailer is also available on OTT platform: YouTube

The renowned actor-director Jon Favreau, before this, had also added several actors for voice in the Hindi-language dub of The Lion King remake: Ashish Vidyarthi, Shreyas Talpade, Sanjay Mishra, and the Asrani, and the playback singer  Sunidhi Chauhan and Armaan Malik.

Singers have given their voice for the Hindi version of songs  “Hakuna Matataa” and “Spirit”, respectively, the singers will also join hands for the song “Can you feel the love tonight”.

A quintessential story of a dad and his child and their inspiring relationship; it’s a story of a pride of lions that will interface with crowds inwardly.