The Indian Wire » Entertainment » ‘Lipstick Under My Burkha’ finally gets a release date! 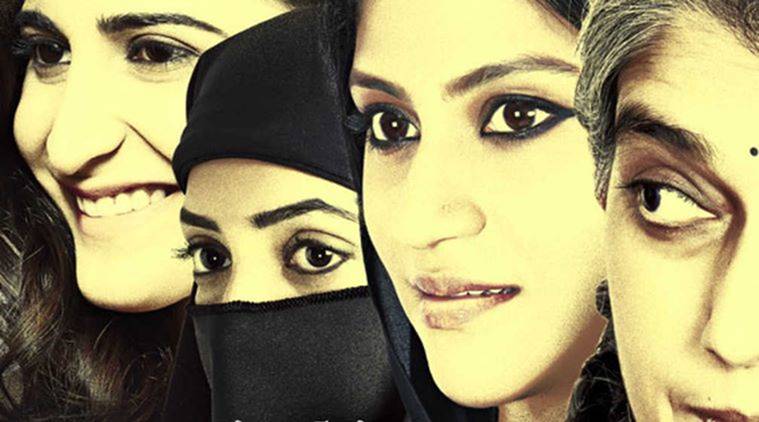 The Film Certification Appellate Tribunal (FCAT) has decided that Lipstick Under my Burkha can be released with an adult certificate.

After a long fight with the Censor Board, ‘Lipstick Under My Burkha‘ finally gets a release date. Feminist drama ‘Lipstick Under My Burkha’ is cleared for a theatrical release in India after the country’s Film Certification Appellate Tribunal (FCAT), decided that the film can be issued an adult certificate, equivalent to an NC-17 rating. The controversy that revolved around the movie was because the film was denied a certificate by the Central Board Of Film Certification owing to the sexual scenes and objectionable dialogues. The movie stars Ratna Pathak Shah, Konkona Sen Sharma, Aahana Kumra in the lead along with Sushant Singh and Vikram Massey.

Prakash Jha said, our film was a simple story of four women in a very normal, funny conversation talking about their dreams, aspirations, bodies, sexuality, career and then what happened? A male gazing mind oriented CBFC (Central Board of Film Certification) gets scared about how women can talk about themselves and think. But I was confident that if its presented properly and a set of people look at it with a rational point of view, it will be understood. And that’s what happened,”

FCAT order talks about the relevance and importance of the film. Nothing has been asked from the film to be deleted except 10 seconds here or there. Otherwise its a completely reverse decision of CBFC observation and one is happy and confident that you can talk or speak and make such films.

Filmmakers said they will announce the release date next week.