The makers of the upcoming film Love Sonia recently dropped its trailer online and is creating a lot of buzz. Based on the life story of a teenager named Sonia, the film has been directed by Tarbez Noorani and is produced by Niels Bye Nielsen, starring Richa Chadha, Frieda Pinto, Anupam Kher, Rajkummar Rao, Adil Hussain, Manoj Bajpayee, Sai Tamhankar and Mrunal Thakur in lead roles with special appearance of the Hollywood star Demi Moore.

The film touches a sensitive yet most talked about issue in India and all across the globe. The trailer shows the story of a 17-year-old girl who goes on a journey to search for her sister after she gets caught in the dark and vicious space of human trafficking. The dark and intriguing film revolves around poverty, pimps and the dark life of the girls who are sold for flesh. The two minute and forty-two-second long trailer take you on a rough journey of what looks like a poor father, selling off his daughter for money.

The trailer of the film has been very well received by the audience as they can’t stop applauding it on social media. Bollywood filmmaker Karan Johar took to his Twitter handle and praise the film. He wrote, “One of the most powerful films I have seen…about the courage of one 17 year old to rescue her sister ! (sic).”

Tabrez Noorani was inspired to make Love Sonia after he was introduced to Human Trafficking in Los Angeles in 2003, when some girls were found in a shipping container from China. One of them was a young Indian girl. The incident inspired Noorani to work with non-governmental organizations focused on trafficking in Los Angeles. He has also participated in several brothel raids. Noorani and Womark met on Ang Lee’s Life of Pi and have been working on the project for three years.

Love Sonia had its world premiere at the London Indian Film Festival on 21 June 2018. The film is scheduled to to release in Indian theaters on 14 September 2018. 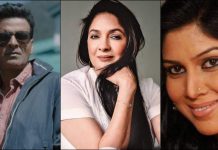 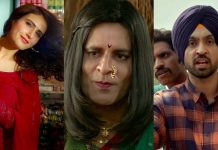