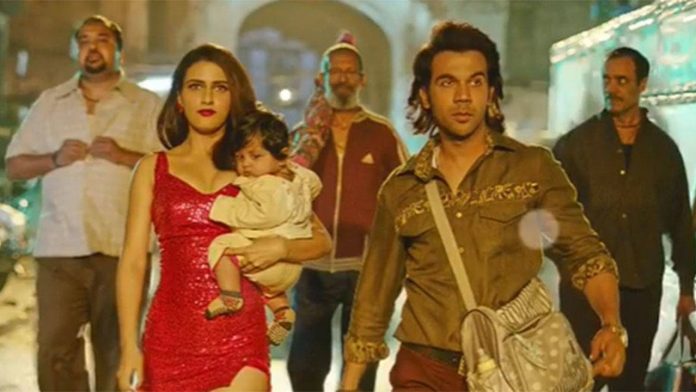 Anurag Basu’s multi-starrer ‘Ludo’ created a buzz right from the time of its announcement and now that the trailer of the film has been released, it has taken the excitement of the audience to the next level. The two-minute trailer offers bits from four different stories which seem to be filled with a lot of laughter and tons of twists. Every frame is occupied by interesting characters and their stories. The power-packed thriller compiles of four different stories and how they collide with each other forming the main plot of the film.

From the trailer, the story highlights Abhishek Bachchan as a naive kidnapper who calls a man to ask for ransom in return for his kidnapped daughter. Then there is a typical lover influenced by Bollywood romance played by  Rajkummar Rao who is approached by his long lost love, played by Fatima Sana Shaikh, to help in escaping her husband from the jail. The other side of the story has Aditya Roy Kapur and Sanya Malhotra who are in love but are not on the same page. Then there is also Pankaj Tripathi, who’s playing an assassin. The film highlights the theme of how our lives filled with chaos and crowd are interconnected with each other. The film’s major point is the super cast which is the driving force for the audience and has got them super excited. The concept of the film looks pretty interesting. Now it remains to be seen how the film takes us through. Directed by Anurag Basu, the film is all set to release exclusively on Netflix dated November 12.