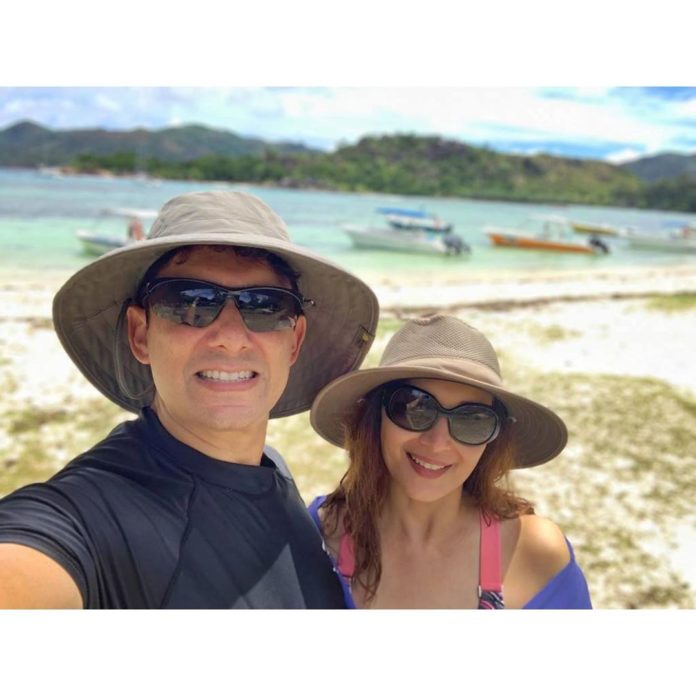 Madhuri Dixit is unanimously considered as one of the most talented and successful actresses in Bollywood. Known for her acting prowess as well as dancing skills, she was the reigning queen of the 90s when she gave us some super hit and memorable movies including Hum Apke Hain Kaun, Dil Toh Pagal Hai, among others.

She got married when it was the peak time of her career in the industry. The Kalank actress tied knot with US-based surgeon Shriram Madhav Nene in 1999 and broke the hearts of her millions of fans. Since then, the two have been one of the most talked-about couples in the industry and often given serious relationship goals to their fans.

The couple who is vacationing in Seychelles, celebrated their 20th wedding anniversary on Thursday in the most romantic way possible and the actress’ latest Instagram entries prove it. Wishing her husband on the occasion, Madhuri shared a couple of adorable photos from their vacation and accompanied them with cute captions. “Soulmates forever,” she wrote on one of her latest post while captioned the other one: “Happy anniversary, Shriram Nene. Here’s to many more years of being in love and celebrating life!”

Happy anniversary @drneneofficial ❤ Here's to many more years of being in love & celebrating life!

Dr. Nene, who otherwise keeps a low profile, was not behind this time and shared an adorable post wishing her wife on the occasion. He shared a beautiful collage of pictures of himself with Madhuri from their Seychelles vacation on Instagram.

He reminisced about the 20 years they have spent together that included raising kids and building things for everyone. Calling Madhuri his soulmate, Shriram further added that he is looking forward to spending the life with her.

Have spent 20 years together living the dream. Have raised kids, brought down the house with laughter together, and built things for everyone. Looking forward to a lifetime with my soulmate, @madhuridixitnene and making the world a better place to live.

“Have spent 20 years together living the dream. Have raised kids, brought down the house with laughter together, and built things for everyone. Looking forward to a lifetime with my soulmate, @madhuridixitnene and making the world a better place to live.”

On the work front, Madhuri Dixit was last seen in Kalank. She also judged the second season of the recently concluded dance reality show Dance Deewane 2. 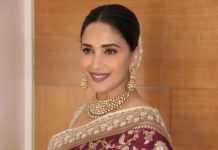