Madhuri Dixit, who has been judging the dance reality show ‘Dance Deewane’, recently posted some of her pictures indicating the season’s finale.

The dhak-dhak girl shared two pictures on her Instagram profile, clad in a yellow sari and smiling with grace. She was also wearing a beautiful necklace with green gems. 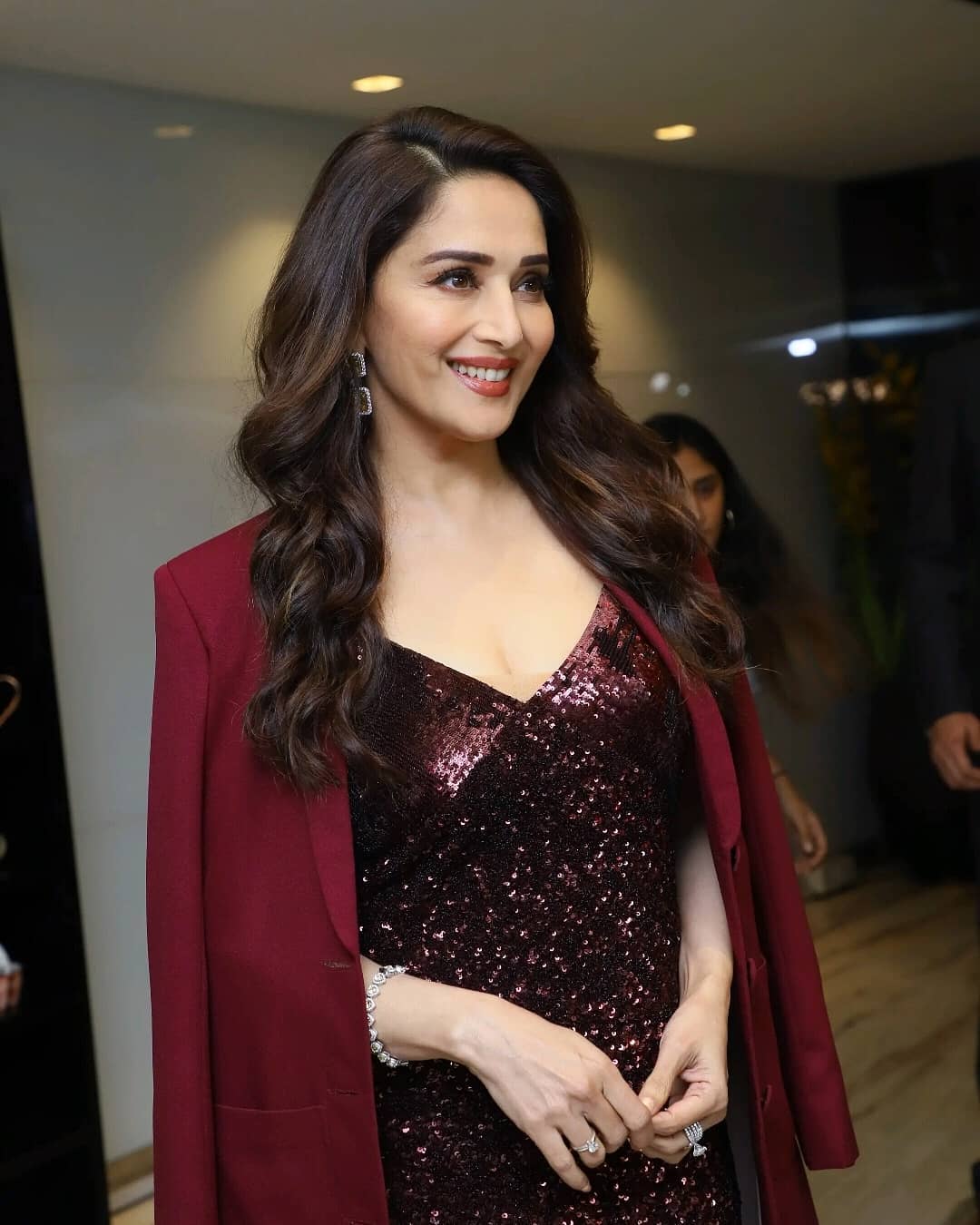 Madhuri Dixit was last seen in Abhishek Varman’s period drama ‘Kalank’, along side Sanjay Dutt, Varun Dhawan, Alia Bhatt, Siddharth Roy Kapur and Sonakshi Sinha. The film, however, failed to gather the audience’s and critics interest, proving to be a critical and commercial dud.

‘Dance Deewane’ is a dance reality show which premiered on 2 June, 2018. It’s second season aired on 15 June, 2019. The show is hosted by Madhuri, Tushar Kalia and Shashank Khaitan.

During its semi-finale, actress Juhi Chawla payed a visit to the set to reunite with her ‘Gulaab Gang’ co-star.