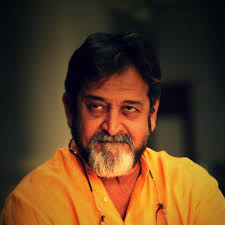 Everyone knows Mahesh Manjrekar is a very fine actor. The artist has donned various hats in the past including that of a writer, director and producer. After appearing in Saaho this year, the actor will be seen in Sanjay Gupta directorial Mumbai Saga next year.

He has been reportedly cast in the film for the role which was earlier supposed to be played by Jackie Shroff. The latter left the project after after some scheduling conflicts. Following this, Sanjay Gupta reached out to Mahesh Manjrekar to replace Shroff for the role of a Maharashtrian politician in the film.

Talking about the same to Mumbai Mirror, Sanjay Gupta said, “I was really looking forward to working with Jackie but due to a date mess-up, he had to quit. Mahesh is my go-to person, we’ve shared a bond since we first collaborated on Kaante and subsequently worked on several films together. When I explained the situation to him, he told me he was on. We only had to sort the dates as he’s busy acting and directing.”

Mahesh is reported to join the shoot next week. Since the narrative that spans several years, Mahesh will be seen in two different looks. one as a 55-year-old and another as a 62-65-year-old.

Producer Bhushan Kumar is also eager to have the actor on board. Talking about him he said, “Mahesh is a strong performer and his portrayal always stands out.”

Mumbai Saga is an action crime film that boasts of a huge star cast which includes Emraan Hashmi, John Abraham, Kajal Aggarwal, Anil Kapoor and Suniel Shetty among others.

The film is directed by Sanjay Gupta, and produced by Bhushan Kumar, Krishan Kumar, Anuradha Gupta and Sangeeta Ahir. 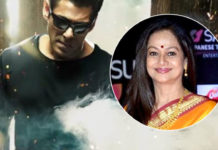