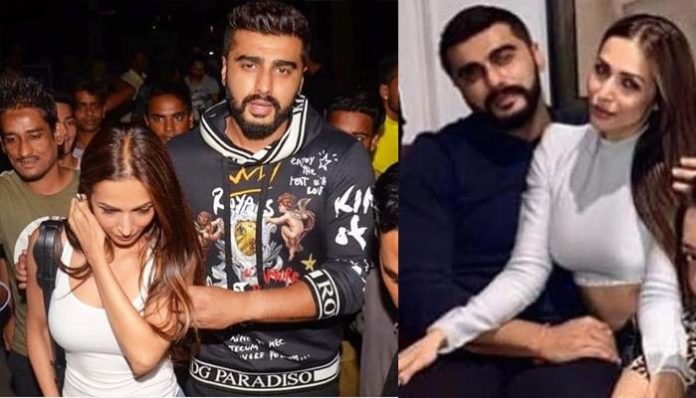 Malaika Arora and Arjun Kapoor are one of the most talked about couples in the film industry currently. Both have been dating each other for over a year and had made it official on the occasion of Arjun’s 34th birthday earlier this year.

People have long speculated about their wedding date and stuff but till now nothing has happened in this matter. Now it seems, we can both Arjun and Malaika are thinking about settling together and 2020 would most probably the year when both get married.

Recently, on Neha Dhupia’s chat show, Malaika Arora opened up about her idea of a dream wedding with Arjun Kapoor. She mentioned that her dream wedding would be at the beach and would be a white wedding ceremony and she would want to wear Elie Saab gown. Actress went on to reveal that her girl gang would be her bridesmaids and her friend, Vahbiz Mehta would be the best woman.

Malaika said, “I’m all about the white wedding and always have liked the concept of bridesmaids. They would be my closest girls, my girl gang.”

Regarding Arjun, Malaika said that he is better at clicking pictures of her whereas she does a terrible job at it. In her words, “He(Arjun) thinks I do a crappy job of taking his pictures. He clicks better pictures of me, so the pictures I take, fail in comparison.”

On the work front, Arjun Kapoor is currently gearing up for his upcoming period drama film Panipat. The posters of the film were recently released and Arjun along with Kriti Sanon and Sanjay Dutt are looking very convincing in these.

Malaika on the other hand is currently working off-screen with various fitness and modelling brands. We often see her flaunting her fit body and gorgeous outfits through her Instagram handle.