After releasing a new poster earlier today, the makers of the upcoming film Malang have finally dropped the trailer just a while ago. The two minutes forty five seconds long video features the main cast including Aditya Roy Kapur, Anil Kapoor, Disha Patani, and Kunal Kemmu.

The trailer starts with a dialogue by Aditya saying, “You know that we three are the same. All killers. But you people do not enjoy while killing. For me, taking someone’s life is an addiction.” All other three actors also describe themselves as killers who kill for different reasons. Anil Kapoor kills for because of his habit. Disha kills for entertainment. Kunal Kemmu kills for need.

There are also a number of scenes showcasing hot shirtless Aditya (quite a number of times), Disha in red hot bikini, shirtless back of Kunal. The audience can expect quite a number of steaming scenes between Aditya and Disha in the film. The trailer looks like a showcase of madness and hot bodies. It also features a song which stands out and promises to be a good one.

The film is directed by Mohit Suri who has previously directed films such as Zeher, Kalyug, Woh Lamhe, Half Girlfriend, Ek Villain and others. It reunites Aditya and Mohit who have previously collaborated on Aashiqui 2. It also marks the reunion of Mohit and Kunal who have previously worked on Kalyug. 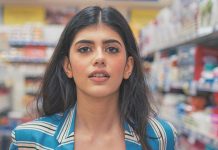 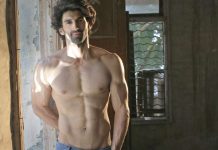 Aditya Roy Kapur starrer ‘OM: The Battle Within’ scheduled for a 2021 release 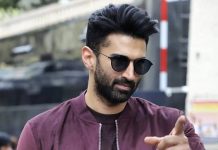