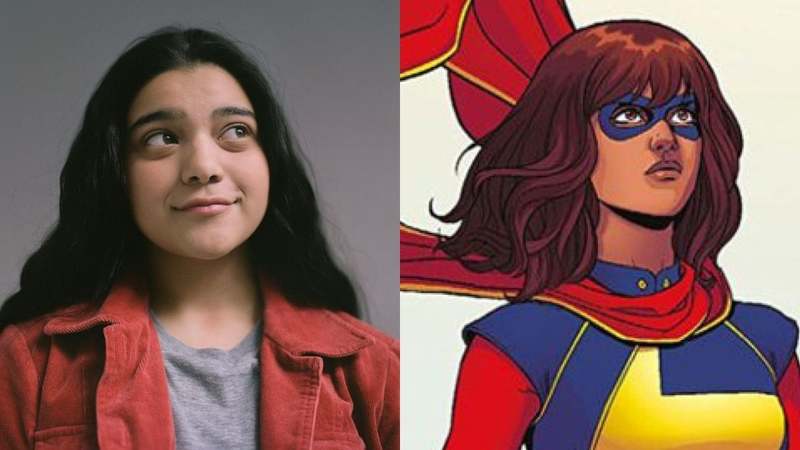 Fulfilling the dreams of a young girl, and getting their lead for Disney+ series, Ms. Marvel, Marvel has cast newcomer Iman Vellani.

In 2019, Marvel announced the series at the D23Expo and had recently announced the directors for the series. They are Adil El Arbi and Bilall Fallah, Sharmeen Obaid-Chinoy, and, Meera Menon.

After the news of Iman broke, many wished good luck to the young actor. Eternal’s actor, Kumal Nanjiani was the one, who gave a warm welcome to Iman on Twitter. He tweeted :

While writer-actor, Mindy Kaling wrote,  “What a joy in these trying times to see that #MsMarvel (a Pakistani American teen superhero!) has cast its lead role, a young actress named Iman Vellani! Congrats to you! I can’t wait to see the show! #RepresentationMatters”.

Ms. Marvel is also known as Kamala Khan. She first made her appearance in 2014, becoming the first Muslim character in the Marvel universe. She is based in New Jersey and is a Pakistani-American teenager.

We hope that with Iman’s casting, people of color, get more chances in films and Tv series across the world. Diversity is the only way towards making a unified world, and a chance of progress.

Earlier, Marvel chief, Kevin Fiege had hinted that Ms. Marvel might become a part of the Marvel films too.