A new video has been posted by Aashqeen on July 16, 2019. The video “Meeting With Girlfriend’s Parents” is a lot more than entertainment video. The video is surely going to make you laugh; the dynamics of marriage are challenged here.

Aashqeen comes to meet his girlfriend, Barkha’s parents, and instead of him dreading the conversation with Barkha’s father, it is the opposite. Barkha’s father prepares the tea and snack for Aashqeen and is afraid of what he might say in front of Aashqeen. We also see Barkha is constantly body shamed and that too by her parents. Aashqeen enters and starts posing questions to Barkha’s father. A small KBC like round is also played, and her father loses when he gives one wrong answer.

It is then that we learn that the answer is the subtle message but is brought on the surface by Aashqeen. He informs her father that problem isn’t Barkha and her weight, but the regressive mindset like you, because you feel your daughter is fat and she won’t be married, so you got ready to pay me 25lacs.

Watch the video below and spread the message as much as you can or you can also watch it on Aashqeen on YouTube. 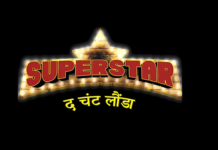