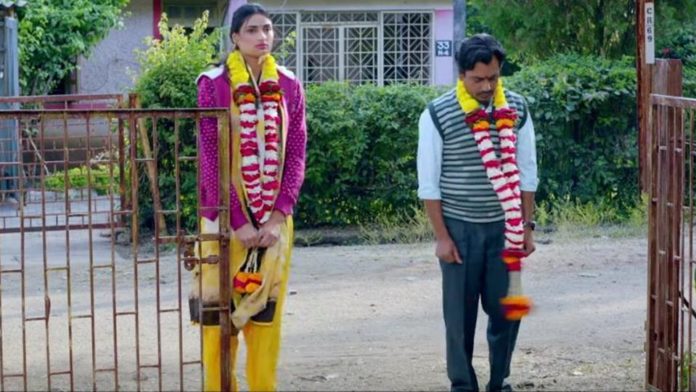 Since the time the trailer of the film was released, there has been a lot of buzz around the upcoming Motichoor Chaknachoor for its closeness to real life setting and characters. The chemistry between Nawazuddin Siddiqui and Athiya Shetty in the trailer has received a lot of appreciation and has created curiosity among the audience.

At the same time, the quirky title of the film has also garnered a lot of attention from the audience. The title is made up of two words Motichoor, a type of laddoo and Chaknachoor which means “demolish”. The combination of these two catchy and perhaps reflects the demolishing of sweet day dreams in the film.

Athiya Shetty, the lead actress of the film, recently shares about the origin of the title during an interview. The actress said, “the title is derived from the screenplay. The first half of the film is ‘Motichoor’ and the second half is ‘Chaknachoor’ because our lives just went downhill.”

Motichoor Chaknachoor follows the story of a 36 year old man who is looking for a wife and a young girl who wants to get married to a man who works abroad so that she can also live in a foreign country. The film stars Nawazuddin Siqqiui and Athiya Shetty in lead roles while Vibha Chibber, Navni Parihar, Vivek Mishra, Karuna Pandey, Sanjeev Vats, Abhishek Rawat, Sapna Sand and Usha Nagar will be seen in supporting roles.