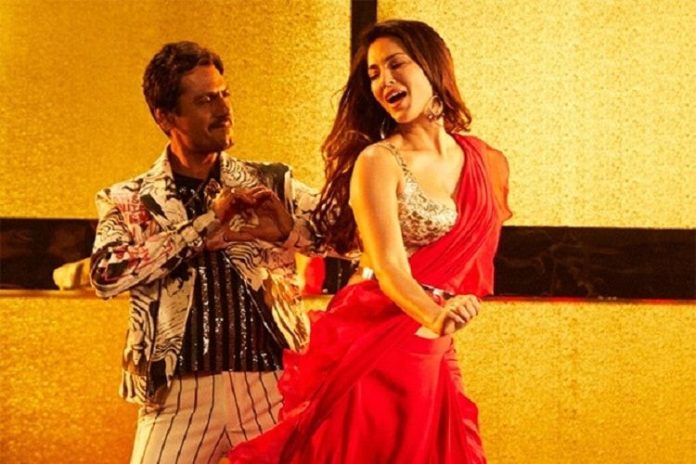 After the goofy romantic number Crazy Lagdi, the makers of Motichoor Chaknachoor have released a new song of the film. Titled Battiyan Bujhaado, the soundtrack shows ravishing Sunny Leone doing some sexy dance moves while Nawazuddin Siqqiui can be seen goofing around.

While another song from the film Crazy Lagdi released a few days ago was a mellow romantic number that showed the cute romantic chemistry between Nawazuddin and Athiya Shetty, this one oozes hotness and seems to become the party anthem of the year.

Battiyan Bujhaado is composed by RamjiGulati while Jyotica Tangri has given her vocals besides him. The lyrics of the song have been written by Kumaar.

Talking about the song Sunny Leone had said, “I was hooked to the soundtrack from the very first time I heard it. A catchy tune, that really grows on you, ‘Battiyan Bujhaado’ is a full-blown dance song, that will surely be on every party’s playlist. And shooting the song with Nawaz, with whom I am sharing a screen for the first time, was an extremely enjoyable experience. He has quite surprised me with how sporting and fun he can be at dancing, on and off-screen, which the audience will see when the song launches today.”

Motichoor Chaknachoor follows the story of a 36 year old man who tries to find a wife and a young girl who wants to get married to a man who works abroad so that she can also live in a foreign country. The film stars Nawazuddin Siqqiui and Athiya Shetty in lead roles while Vibha Chibber, Navni Parihar, Vivek Mishra, Karuna Pandey, Sanjeev Vats, Abhishek Rawat, Sapna Sand and Usha Nagar will be seen in supporting roles.