“Mubarakan” is an upcoming Romantic Comedy Film. The story will revolve around Couple Arjun Kapoor and Anil Kapoor, they will play uncle-nephew in the film. “Mubarakan” directed by Anees Bazmee stars Arjun Kapoor, Anil Kapoor, Ileana D’Cruz and Athiya Shetty in lead roles. The exciting news is that they are going to play the real life roles on the screen too. After the trailer and title track, now filmmakers have released the second song ‘Hawa Hawa’ from the film.Arjun Kapoor and Ileana D’Cruz are sizzling in this new song from ‘Mubarakan’.

‘Hawa Hawa’ is one song that any kid from the ’80s and ’90s would swear by. The unusual musical arrangement of the song, featuring a voice which was unlike anything anybody had heard before, ensured people took to it immediately. Sharing the song on his social media account, Arjun wrote, “Lo phaela diya raita.”

Talking about the movie, Arjun Kapoor will be seen playing a double role, one of them wears a turban and the other does not and Anil Kapoor seems to be having a lot of fun in the company of the two boys. Charanveer and Karanveer that is their names, play the role of Anil Kapoor’s nephews. While Charanveer appears to be a simpleton on the other hand Karanveer looks like a brat. Both the Bhatijas are clearly up to no good along with their Chacha, played by real life Chacha Anil Kapoor. This is also the first time when Arjun Kapoor will be seen alongside Ileana D’Cruz and Athiya Shetty. 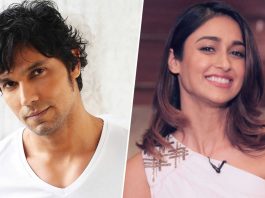 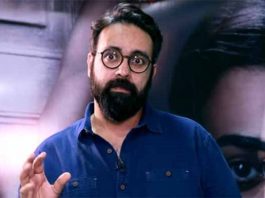 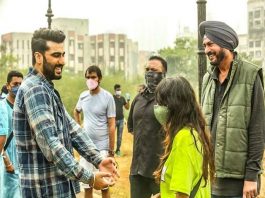