Filmmaker Nandita Das shared a still from her upcoming movie ‘Manto‘ starring Nawazuddin Siddiqui on Facebook. Where Nawazuddin Siddiqui can be seen in a class room expressing his strong beliefs about freedom of speech in a democracy. The movie Manto is based on the life of Indo-Pakistani writer Saadat Hasan Manto, and Nawazuddin will be playing a lead role. The movie focuses on the writer’s non-fictional work.

The film is Nandita Das’ second venture as a director. She made her debut as a director in 2008 with Firaaq starring Nawazuddin Siddiqui, Deepti Naval,  Paresh Rawal, Naseeruddin Shah, Sanjay Suri and Tisca Chopra. The film premiered at the Toronto Film Festival in 2008 and has travelled to over 50 film festivals, winning over 20 awards.

Nandita Das says the movie is a very big project for her. She is all set to start her upcoming film Manto from next month. It’s a period film, we will recreate the 1940s here. The biopic stars Nawazuddin Siddiqui in the lead role of the celebrated writer, Saadat Hasan Manto.

Nawazuddin lends his face for a new identity from the dishevelled hair to the lines on his face, Nawazuddin is Manto. But it’s his prominent eyes that take you by surprise. The floating calligraphy on poster only adds intensity to the new look. Looking at the poster is like stumbling on an old diary, it’s pages are damp and yellow battered by the time. But when you look at the words, they almost hold new meaning for you.

Nandita Das said she used to read Manto’s stories when she was in college and was fascinated by how truthful and edgy the stories were, and how contemporary they were, Das said, I always wanted to make a film on his life and his work. He believed having the courage to speak the truth was important. In his writing, he addressed free speech and women’s issues. He was also a feminist. Everything he says is extremely contemporary and addresses issues of today.

The film’s shoot is taking place in Mumbai and the team is using VFX to remove modern elements from the locations. “I hope this inspires people to have the courage to speak the truth,”

These are some stills from the shoot. 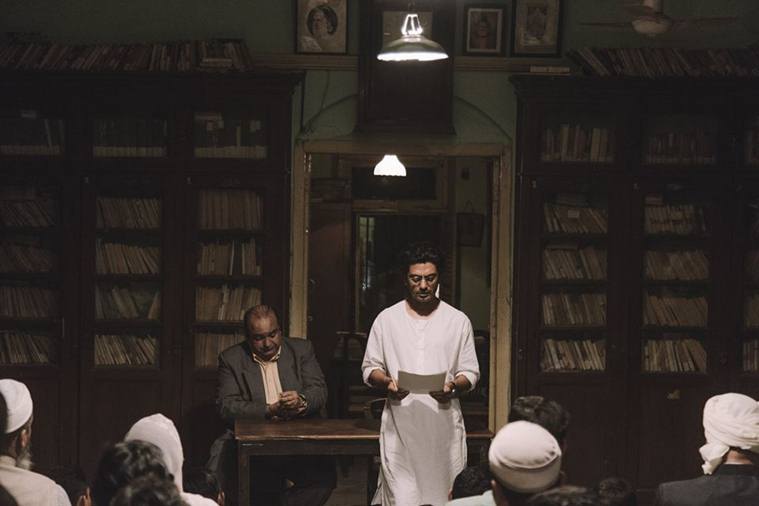 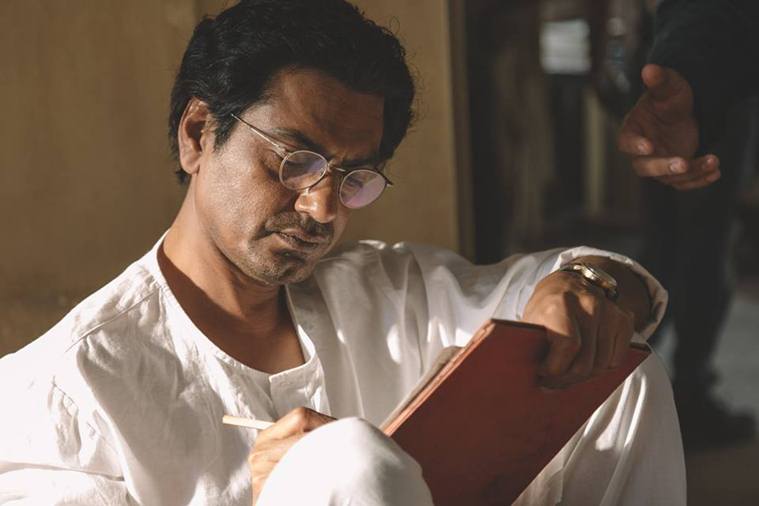