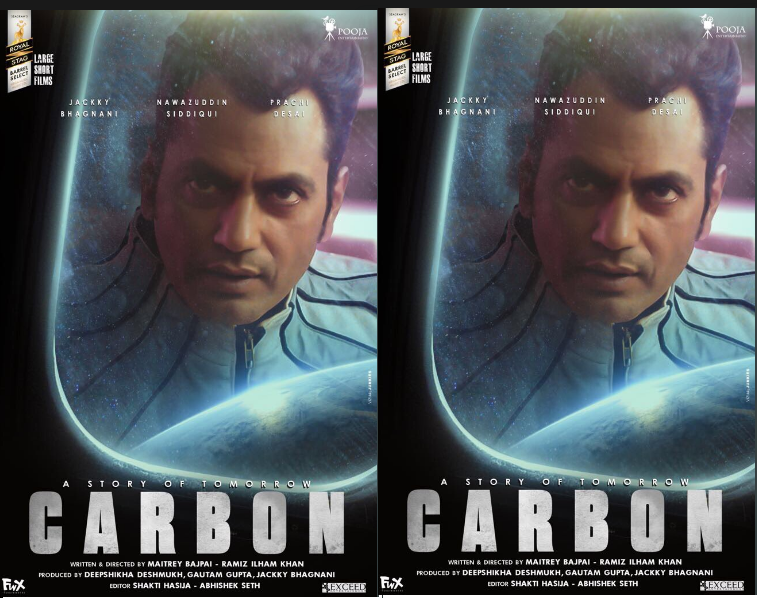 Recently, a fresh poster of ‘Carbon’ has been revealed which showcases Nawazzudin Siddiqui’s exclusive look. Actress Prachi Desai released the second poster from the movie along with a caption saying, “#CARBON. Teaser out on #27thJuly

The poster reveals that the movie is very different from what Nawazuddin has done in the past few years. Talking about the poster, Nawazudiin can be seen in a space suit looking out throughout the window into outer space. The tagline of the posters says “A story of tomorrow”.

Talking about the movie, Carbon, which is a film set in future in 2067. Where Jackky Bhagnani will be seen playing the role of a man with artificial heart and Nawazuddin will portray the character of a man from Mars. The environment is something celebrities have usually come forward and talked about frequently. We can wait to see how such an intense topic is covered in a short film.

About his upcoming movie, Jackky said, “As an actor and producer, the only way I know how to communicate with audiences is through the film. Carbon deals with serious environmental issues like Global Warming & Climate Change and their impact on our world. As a citizen of this planet, I think it’s time we stop talking and start doing. Carbon is my attempt at creating awareness and I’m thankful to IIFA for giving me this platform.”