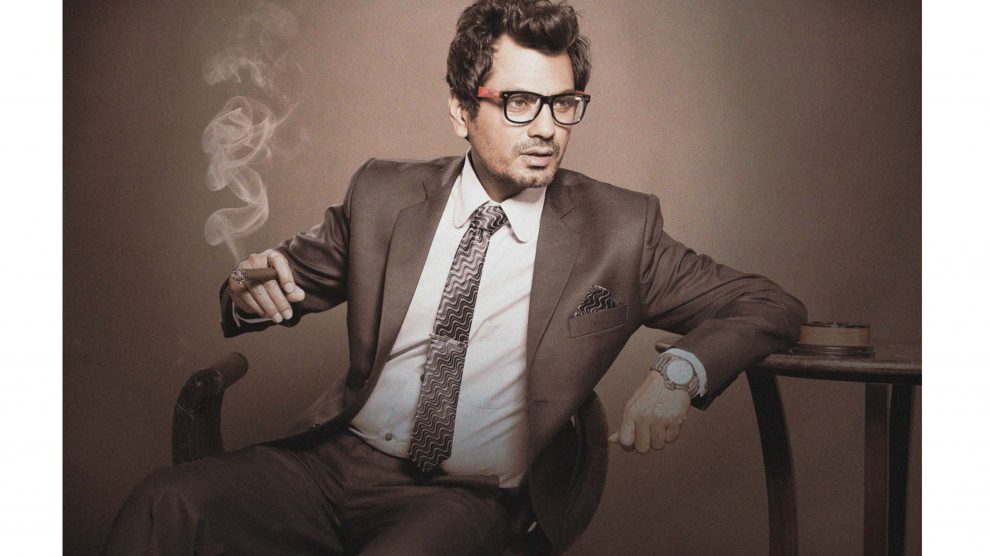 Bollywood actor Nawazuddin Siddiqui says that he always fails to select those films which follow a particular trend.

Bollywood actor Nawazuddin Siddiqui says that he is trying to make a balance between the commercial and indie cinema, but he still feels a lit bit of hesitation to accept a typical masala film as those movies often fail to provide scope for performance.

However, being a part of Blockbuster movies like ‘Badlapur’, ‘Bajrangi Bhaijaan’ and ‘Raees’.He says that his small budget movies give him a kick to explore various sides to him as an artist. He always fails to select those movies which follow a particular trend. He did many solo movies like ‘Manjhi’ and ‘Raman Raghav 2.o’ and all are totally different from each other they are not typical Bollywood films, which are usually liked by the audience. The kind of movie he does might be difficult to understand but those movies have a lot of scopes to perform and he enjoy the most doing such movies.

His recently released movie “Babumoshai Bandookbaaz“, which was directed by Kushan Nandy and produced by Ashmit Kunder. The film features Nawazuddin Siddiqui and Bengali actress Bidita Bag in the lead roles. The movie has got a decent response at the box office collection and he never thought that the movie will receive such a great response because the movie was having an adult content. The movie ‘Babumoshai Bandookbaaz’ was made on a limited budget and the content of the movie was also adult so the makers of the movie were scared that the audience will come to the theater to watch the movie or not.

But he is happy that people liked the movie. However, the movie ‘Babumoshai Bandookbaaz’ was unable to impress the movie critics, but what matters the most to him is that audience liked the movie. Nowadays, any critics can actually bash a movie in whichever they want. Their job is just to criticise and some of them are even biased. They appreciate the work of certain people because of groupism.

However, all the critics are not the same, there are some genuine one also. But for Nawaz, the most important thing is that the audience like the movie. The actor is very well known for speaking his mind be it nepotism or be it his remarks on the existence of racism in Bollywood.

Nawaz feels that one should not feel afraid of putting up their opinion, no matter how difficult the situation gets. He has earned the place where he can easily express his views if he feels something wrong is happening.