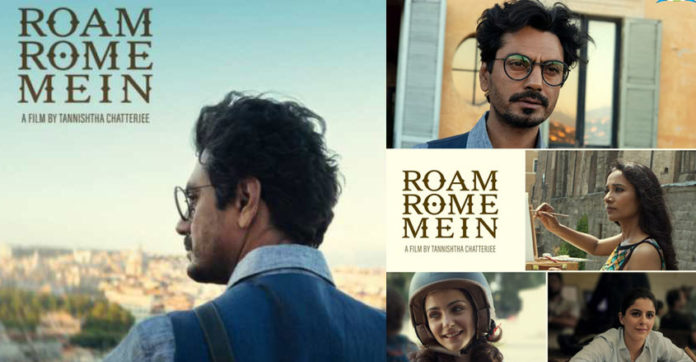 After winning an award at its world premiere at Busan International Film Festival earlier this month, Nawazuddin Siddiqui starrer Roam Rome Mein has received huge applause at its Indian premiere at the 21st edition of Jio MAMI Mumbai Film Festival with Star.

According to report on SpotboyE, the tickets for the screening sold out completely with in minutes from the opening of the booking. The report said the film continued to be the cynosure of the festival and everyone present spoke highly of the film.

Roam Rome Mein is a psychological drama that revolves around Reena, played by Tannishtha, who goes to Rome to find her freedom from strict patriarchal father. When she goes missing, her brother Raj played by Nawazuddin Siddiqui, undergoes his journey of awakening as he goes to find her and learns about Reena’s life as well as his own.

The film also marks the directorial debut of Tannishtha Chatterjee who recently revealed that it was not easy to get financiers for the film. The actress turned director has called the project “a feminist film with a male actor.”

She said in interview with PTI, “I kept the protagonist of my film a man because I wanted to trouble him and make him feel from inside. He is also an image of that patriarchy. I wanted to do that so it is more internalised. It is not from an external point of view that ”oh this girl went through that and I pity her.” Here is a total sense of regret and loss.”