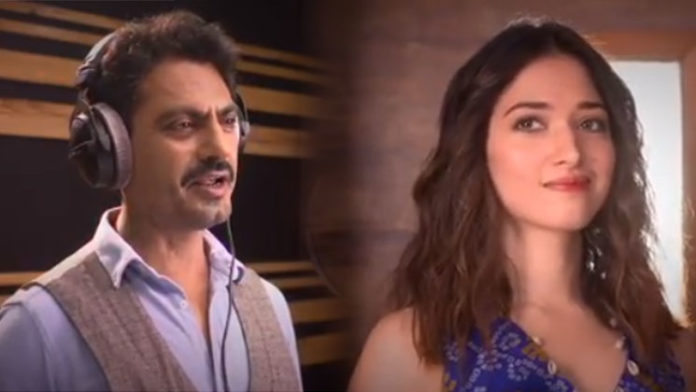 The 29 second teaser showed both the actors romancing with each other on various occasions. It’s the first out and out romantic film of Nawazuddin.

Tamannah, the film’s leading lady, retweeted the video with an interesting caption.

Directed by Nawazuddin’s brother, Shamas Nawaz Siddiqui, in his directorial debut, the film is a romantic comedy inspired by the life of the ‘Sacred Games’ star. Nawaz has also rapped a song for the film.

Mouni Roy was initially supposed to play the lead role, which eventually went to Tamannaah.

For Tamannaah, it is one of the biggest role offered to her in a Bollywood film as she has been doing minor roles in ensembles.

Tamannah at the film’s press conference, mentioned that she was surprised after being offered the role, thinking it must be a prank. She immediately signed up after realizing it was genuine.

Talking about working with his brother Shamas for the first time, Nawazuddin said that they strictly maintained a professional relationship on the sets and never took advantage of their relationship.

Tamannaah was last seen in the thriller film ‘Khamoshi’ along with Prabhu Deva. Her next release is the Telugu biographical epic ‘Sye Raa Narasimha Reddy’, which is slated to release on 2 October, 2019.