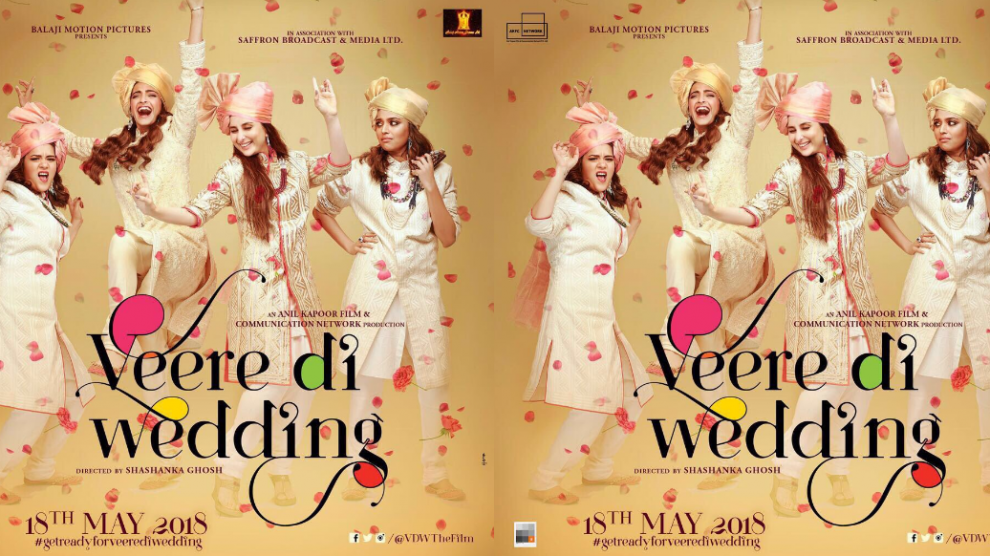 Today, actress Sonam Kapoor released the poster from her upcoming movie titled ‘Veere Di Wedding’ on her Twitter account along with a caption saying, “Saade #VeereDiWedding is fixed. Aana zaroor

Yesterday, the makers of the movie released the teaser poster in which all the four actresses were seen wearing stunning lehengas. Now, the makers have released the new poster for the movie and in that, all the girls can be seen wearing the sherwanis along with the turbans and they all are dancing. The sherwanis which are designed by the designer Abu Jaani and Sandeep Khosla. In the poster, all the girls were having fun leaving Swara Bhaskar she seems to vary of all the fun.

According to the reports, the poster seems to have leaked before it got released as none of the lead members of the team has shared the poster on the social media. Before it got to release the poster was on the several Instagram fan pages featuring the gorgeous girls dancing together.

‘Veere Ki Wedding’ is the first movie which Kareena Kapoor Khan is doing after becoming a mother and now we can see that she is back to her gorgeous look. This movie will also mark Sonam Kapoor’s first movie since last year Neerja got a release. The movie is based on the story of four girls and they will be going to attend Kareena’s wedding. The movie which is directed by.