Further to the hit sneak preview of the video released on October 22, The makers of Saaho, have announced that they will be releasing a new video featuring the making of the movie on March 3.

On Prabhas‘ birthday, October 22, the first glimpse of the film, ‘Shades of Saaho’ was released and it became an instant hit among the fans. The shared video was full of high octane stunt scenes that were shot in and around Dubai. 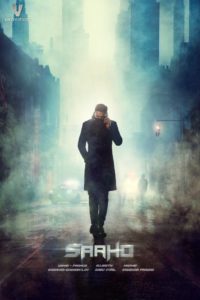 The second video is expected to have contour shots of Prabhas which were captured using Dino-Uri 18 KW set. If reports are to be believed, ‘Shades of Saaho: Chapter 2’ will stun everyone.

The film is helmed by Sujeet, which features Prabhas, Shraddha Kapoor, Neil Nitin Mukesh, Arun Vijay, Jackie Shroff and Chunky Panday in important roles. The film is said to be made on a huge budget of ₹300 crores. The film is jointly produced by UV Creations, T-Series, and Dharma Productions.