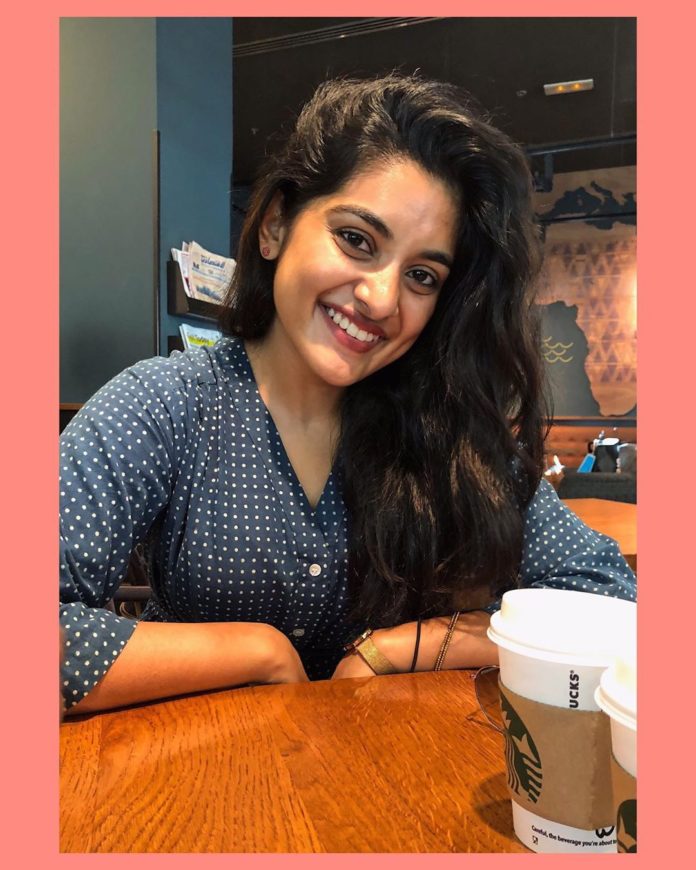 Actress Nivetha Thomas has made a name for herself in the Malayalam, Tamil and Telugu film industry.

She recently shared the poster of her upcoming Telugu action thriller ‘V’ on her Twitter handle which looks intriguing.

The poster features two hands holding pistols that are firing and have their magazines dropping from below and a quote from William Shakespeare.

Produced by Dil Raju, Sirish, Lakshman and Harshith Reddy, the film is slated to release on 25 March next year, coinciding with the Telugu New Year.

Nivetha was last seen in the Telugu crime comedy ‘Brochevarevarura’ directed by Vivek Athreya. It met with mixed reviews but was a box-office success.

Her another film in the pipeline is the Tamil action thriller ‘Darbar’ directed by AR Murugadoss and starring Rajinikanth.

Nivetha had started her acting career as a child artist on the 2008 Malayalam film ‘Veruthe Oru Bharya’ and later appeared in ‘Kuruvi’ and ‘Madhya Venal.’

She has also acted in films like ‘Thattathin Marayathu’, ‘Romans’, ‘Naveena Saraswathi Sabatham’ and ‘Jilla.’

For her Telugu debut role in the romantic thriller ‘Gentleman’, Nivetha won the SIIMA Award for Best Debut Actress — Telugu.