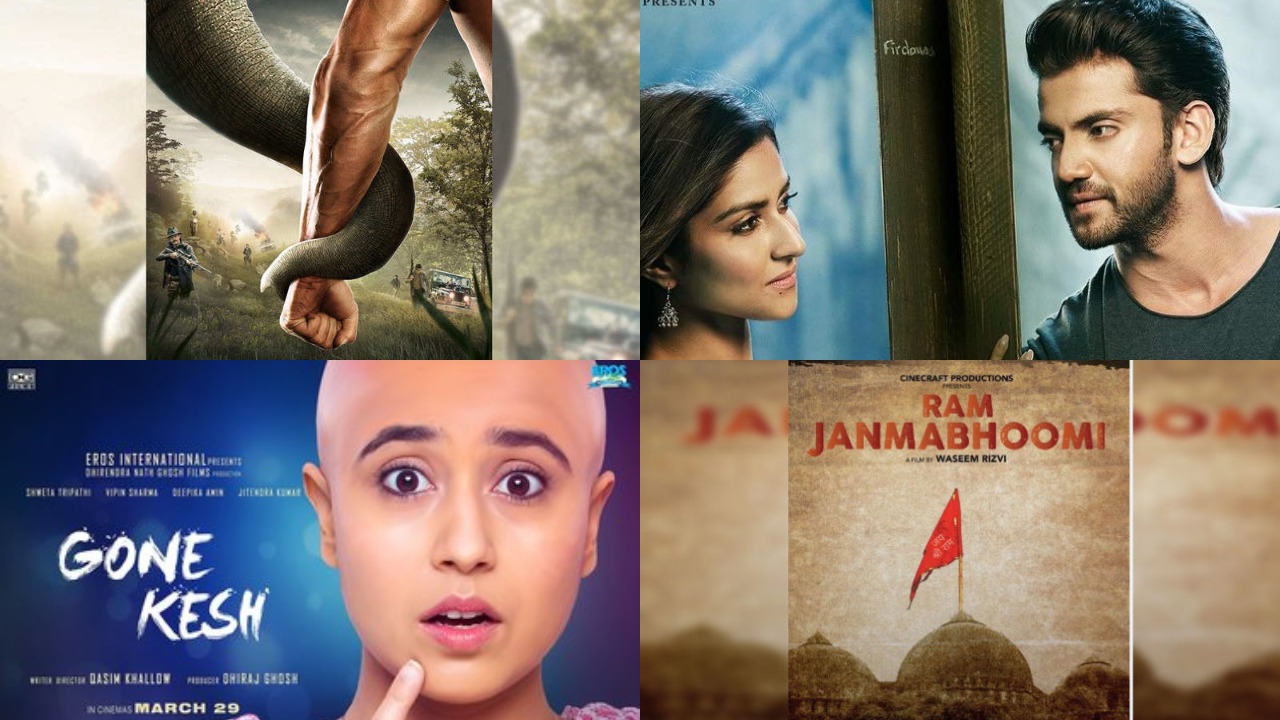 To give competition to already running movies in the theaters, Vidyut Jammwal’s action-packed film ‘Junglee’ is hitting theatres this week. Along with it three more medium budget but highly anticipated movies will also release and compete for box office numbers.

The Chuck Russell directorial showcases a special bond between a little boy and a baby elephant Bhola, which continues even after the boy comes back as a grown up after several years.

Vidyut went an extra mile for this film. He turned elephant whisperer, got in touch with his inner beast, mastered the art of Kalaripayattu and was recently honored as one of the best martial artists in the world.

About the movie, the synopsis says, “Junglee is a family-adventure film, revolving around a vet, who on his homecoming to his father’s elephant reserve, reunites with his childhood friend- Bhola, the elephant, and fights an international poachers racket.”

The movie revolves around the most religious controversial issue of the Ram Mandir in Ayodhya, which is set ablaze before any elections. The trailer had already raised concerns on a Mumbai Based NGO Raza Academy which claims that it hurts the religious sentiments of Sunni Muslims and the members are not happy with its release.

‘Gone Kesh’ stars Vipin Sharma, Deepika Amin, and Jitendra Kumar along with Shweta and it is written and directed by Qasim Khallow. The project is bankrolled by Dhiraj Ghosh.

The synopsis of the film reads, “A young woman is diagnosed with a medical condition, Alopecia, where she begins to lose hair from her scalp. Although she finds her temporary fix to this, it begins to steal previous years of her youth and takes her life by a storm. Will she be able to find a cure to her condition?”

The film made under Salman Khan‘s production house ‘Notebook‘ starring Pranutan Bahl and Zaheer Iqbal in the lead roles, is a romantic drama shot in the picturesque Kashmir.

This the debut movie of both the lead actors of the film. Zaheer Iqbal is the son of Salman Khan’s childhood friend, Iqbal and the lead actress, Pranutan is the granddaughter of legendary actor Nutan.

The synopsis goes as “love with happen with the one you have never met. Witness the unique love story of Firdaus and Kabir. Happy, spirited and heartwarming, #Notebook is about two people finding love in the most unexpected way.”