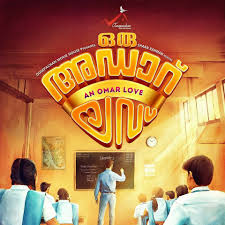 Priya Prakash Varrier and Roshan Abdul Rahoof‘s Malayalam debut movie ‘Oru Adaar Love‘  which released last week failed to pull the audience in the theatres. A huge hype was created since the release of the film’s first song featuring Roshan, Priya, and her wink. After that, the film and the actress were in constant limelight. But the film did not live up to the expectation and failed to impress the audience.

Now Director Omar Lulu had decided to take the film back to the drawing board and shoot a new climax. Reportedly this new climax is light-hearted and funny on the contrary to the tragic one in the original version. The film with the new ending will start playing in cinemas from Wednesday.

“We re-shot the climax in a day’s time and a 10-minute sequence will replace the existing climax. Apart from this, around 10 minutes from the total duration of the movie has been cut. The new version will hit the screens from Wednesday noon show,” Omar Lulu told Manorama.

The film opened to mostly negative reviews and bad word of mouth from the audience and critics. ‘Oru Adaar Love’ was also released in Telugu, Tamil, and Kannada along with its original in Malayalam, due to the hype and curiosity generated by its promo. The films Telugu version is called ‘Lovers Day’ which has been censored with U/A certificate.

The film is a new-age love story drama, which revolves around class 12th students. The film presents a love triangle between Priya Prakash, Roshan Abdul, and Noorin Shereef. The movie makes one think about the differences between love, infatuation, and attraction.