The Indian Wire » Entertainment » Padmaavat not out of trouble yet; Karni Sena announces ‘Janta Curfew’ on day of its release 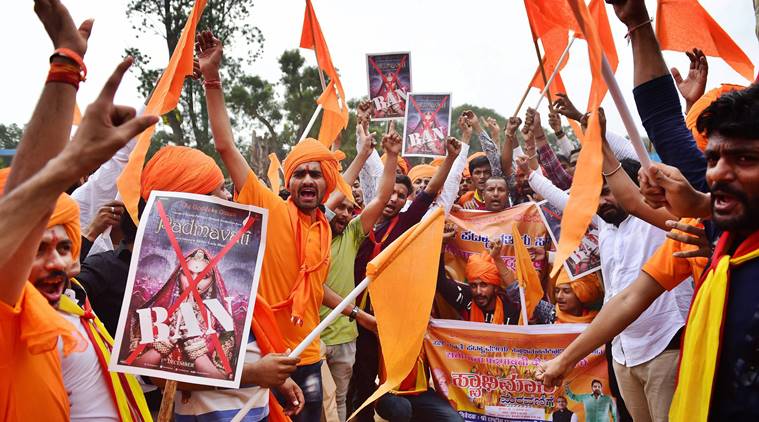 Bhansali’s most ambitious project, Padmaavat starring Deepika, Ranveer and Shahid Kapoor does not seem to be out of trouble anytime soon. After finally being out of the court fiasco that stretched its release date way ahead of the stipulated time, the subsequent release is also under the danger radar. Karni Sena that claims the movie to be equipped with elements that would harm ‘public sentiments’ is not willing to let the movie release nationwide, against court orders. In accordance to the same, Lokendra Kalvi, president of Karni Sena has announced a ‘Janta Curfew’ on 25 January 2018 which is the release date of the movie to stop people from going to the cinemas saying, ” Bhansali will be responsible for whatever happens before Republic Day”. 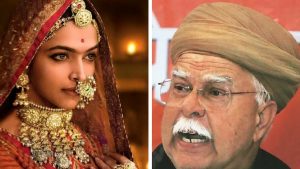 The whole story started when the Karni Sena accused Bhansali of including lovemaking sequence between Alauddin Khilji and Padmaavati to which Bhansali maintained that no such scenes have been shot between the two. The Karni Sena refused to agree with the clarification and abstains from letting the movies be released on cinema halls keeping in mind the sentiments of the Rajput community.

The act ha lead to various instances of hooliganism and vandalism across the country. In Madhya Pradesh effigies of Sanjay Leela Bhansali were burnt to mark the protest. In Bapu’s city Ahmedabad, despite it being a flagbearer of non-violence, several vehicles were burnt outside malls opposing the release of the movie. Although action has been promised against the violators by Gujarat home minister, Pradeepsinh Jadeja yet the riots do not seem to be ending any soon. 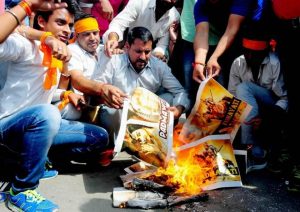 However, amidst this act of violence, various communities have come together to show their unity and affiliation towards the Rajput community. All community leaders including Paresh Gajera, president Khodaldham Temple Trust along with Sikh leader Jaljitsinh Dhillon and Dawoodi Bohra leader Yusuf Makda came together for a joint press conference to mark their involvement in the protest. President of Padmaavat Sangharsh Samiti, Narendrasinh Jadhav said, “This is not an issue concerning the Rajput community alone. Rather, it is the issue of India’s history and culture. Today, all community leaders have joined hands with us and gave the message that they won’t allow anybody to manipulate history. Bhansali has manipulated the facts only for profiteering”.

A six-member panel is going to watch the movie before it releases. The panel members include historians RS Khangarot who is the principal of Agrawal college in Jaipur, B L Gupta who is a retired professor of the history department in the University of Rajasthan, Roshan Sharma who is a Jaipur based historian, Kapil Kumar who is a Delhi based historian and erstwhile Mewar royal family member Vishwaraj Singh along with erstwhile Banswara royal family member Jagmal Singh. Kalvi, on a telephonic conversation, however, stated, ” We know that the filmmaker is doing nothing but drama in the name of pre-screening. We were never against the film’s screening but he should make sure that the suggestions our members give should be considered and changes should be made accordingly”.

“If you are so keen to watch the movie, watch it on the internet after 10 days of release. But we won’t allow you to watch it in cinema halls” were the words of an agitated Kalvi.

After so many trials and tribulations, let’s see how the movie performs at the box office or whether it even enters the threshold of nation-wide cinema halls or not!