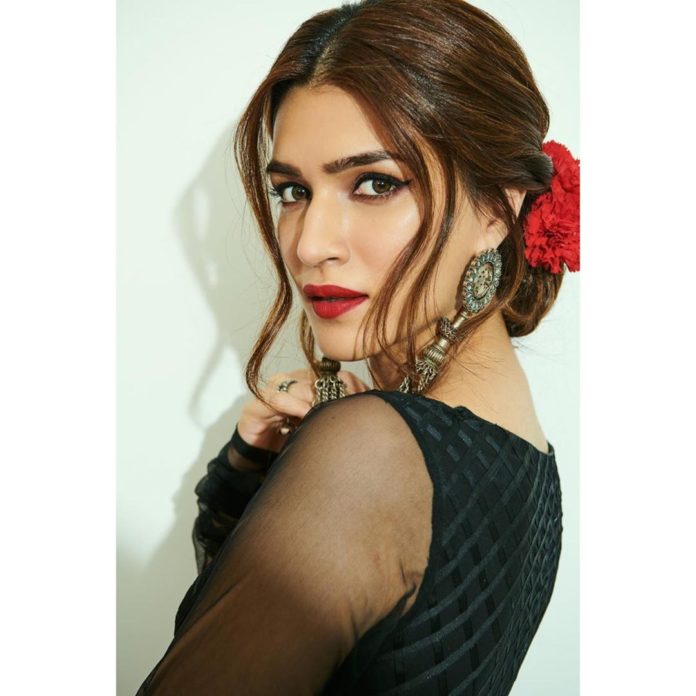 Actress Kriti Sanon is now a days gearing up for the release of her upcoming period drama film ‘Panipat.’

She recently shared some of her pictures on her Instagram profile, and her fans can’t stop raving about it.

Dressed in a nice floral outfit styled by Sukriti Grover, the talented actress looks simply scintillating as she poses with elegance. On the work front, Kriti will be seen playing the role of Parvati Bai in the upcoming period drama film ‘Panipat’.

Directed by Ashutosh Gowariker, the film is based on the Third Battle of Panipat which took place on 14 January 1761.

Co-starring Arjun Kapoor, Sanjay Dutt and Mohnish Bahl, the film will hit the theaters on 6th of December this year.

The makers recently released a song from the film titled ‘Mann Mein Shiva’ which has become popular on the internet.

Kriti was last seen in the ensemble comedy film ‘Housefull 4’ directed by Farhad Samji and co-starring Akshay Kumar, Riteish Deshmukh and many others. It proved to be a massive commercial success, despite receiving unfavorable reviews.

She has also begun shooting for ‘Mimi’, directed by Laxman Utekar and is a remake of the 2011 National Award winning Marathi film ‘Mala Aai Vhhaychy!.’

The film is produced by Dinesh Vijan under his banner Maddock Films and also stars Pankaj Tripathi and Sai Tamhankar. It will release sometime in 2020.