Giant, ornately built sets, elaborately choreographed dance sequences, big speeches about familial love, and CGI battles. These are the essential ingredients to make an epic historical Bollywood movie these days. Far from creating a record of history that took place, these movies create beautified fantasies that are not only historically inaccurate, but also shortchange character work with plastic scenery.

The trailers, and materials released by the makers of Panipat and Tanhaji-The Unsung Warrior, coming out almost within a month’s gap from each other, show the kind of laziness that plagues today’s Indian epics.

Arjun Kapoor, who’s playing Sadashiv Rao Bhau in Panipat, has been criticized for his inability to capture the regality of the character. Arjun appears ill at ease with the dialogues in the promos, and even his physical transformation is making him appear bloated, rather than physically resembling a great warrior trained to fight battles. Arjun’s reputation as a tepid actor has also put off many viewers from the movie. Kriti Sanon, who plays Parvati Bai, doesn’t have the heft of someone who’d hail from a royal bloodline; She looks too modern. Panipat is being described as a magnum opus but there’s no personality to its visual images. The sets look like they might’ve been stolen from the backlot of Bhansali productions. Director Ashutosh Gowariker who made a more historically accurate, Jodha Akbar, seems to have traded a big canvas for nuance, and as a result made a lackluster product.

The trailer of the movie suggests, Sanjay Dutt, playing the role of Ahmad Shah Abdali has been portrayed as a villain with the same characteristics of Allaudin Khilji in Padmavaat. It’s clearly meant to pander to a subsection of audiences who like to see muslim rulers as a negative force. Although Gowariker has stated in the media that the movie presents Abdali as a nuanced character and shows his backstory, it remains a mystery why the makers failed to add such elements in the trailer. 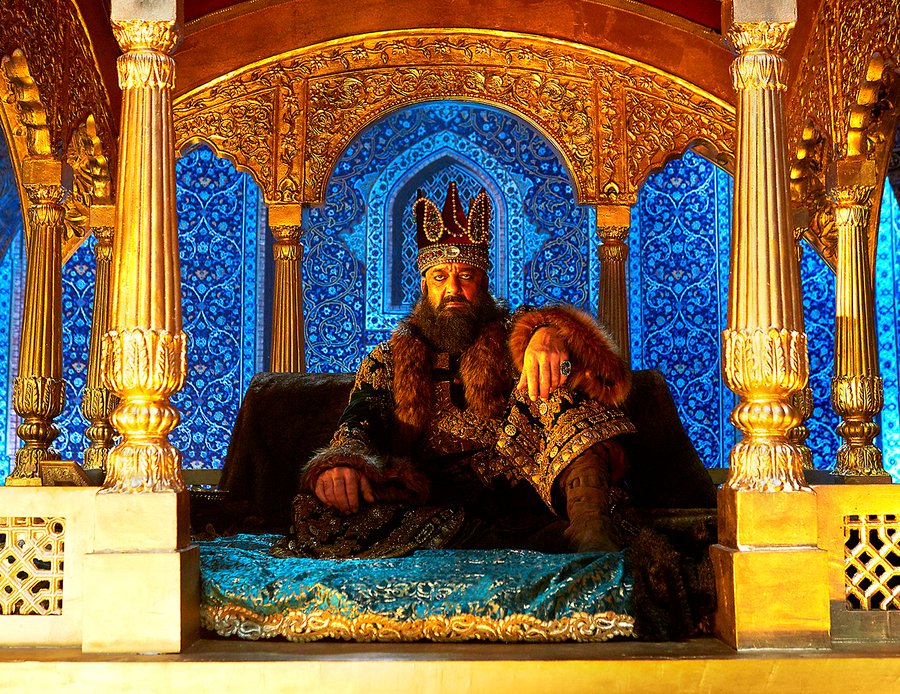 Sanjay Leela Bhansali’s most successful efforts, which also got critical acclaim were Devdas, and Hum Dil De Chuke Sanam. But ever since his foray into the historical epics, the director has transformed himself into an interior designer. Bajirao Mastani, his dramatization of the life and love(s) of Bajirao I looked beautiful, and polished, with precise shots of castles, women in elaborately styled draperies and interiors bejeweled to look like emporiums but had no inner life that would’ve made the drama more immersive and relatable. His next, Padmaavat was a dreadful spectacle that vilified Muslims by choosing to showcase Allaudin Khilji as a ravenous, lecherous monster; a total misinterpretation of historical facts. A movie is not a documentary. A director should be allowed some instances of artistic freedom, but when the picturization of a particular person from a minority community is done with the objective of vilifying it, then the blame should be put on the lack of understanding and talent to get into the character’s inner life. 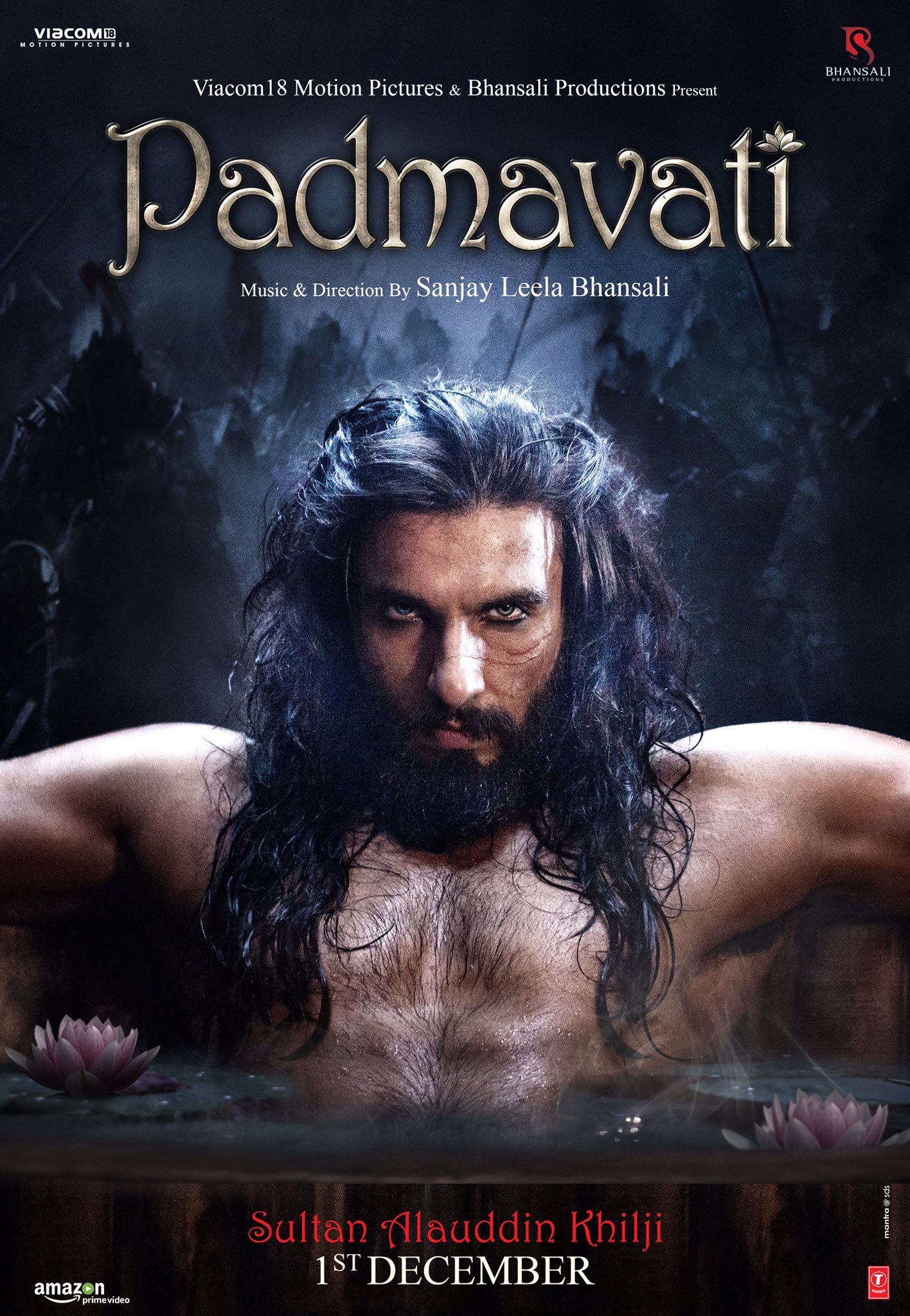 Saif Ali Khan plays Uday Bhan in Tanhaji, a Rajput army general, but you wouldn’t be wrong to think he’s just another of the Muslim baddies of numerous epics from the way the coding of his character is done. The poster, that revealed his character, showed him attired in all black, staring at the camera as if he’s going to devour the audiences. (The poster was accused of plagiarizing Jon Snow’s look from Game of Thrones, and Khilji’s from Padmaavat, which, ironically, was a movie which glorified the Rajput community.) In the trailer, Saif’s costume looks totally different from the general idea of a Rajput general’s attire, and even his way of speaking dialogue and gestures can be confusing as to who he is actually playing. The makers of Tanhaji made their objective very clear when they released the trailer with the tagline, “The surgical strike that shook the Mughal Empire! Witness history like never before” A shameless instance of pandering to the Hindutva subsection of the population by recalling the India/Pakistan struggle last year. It’s not difficult to make a historical movie with a big canvas, and dynamic characters. Hollywood productions like Victoria and Abdul, The Queen (2006), Lincoln (2012) etc. have portrayed history with ornate productions, and nuanced characterization. Their scripts reveal the characters with a non-judgmental gaze that helps engage the viewers even more in the time periods.

The problem with Bollywood isn’t the sameness of the era that they’re depicting, but there’s no variety in the characters. There are many British/European corset dramas that look the same, but the difference which makes many of them memorable and successful is the script, shaded with various characters who entertain us in different ways, who actually grapple with interior conflicts and desires.

In contrast, many Indian epics saddle their heroes with monologues about patriotism and their love for family, and give no care to what being people living with such responsibilities do to them on a more personal level. Of course, everyone enjoys a big battle and women dancing in heavy jewelry and colorful clothes, but it’s a failure of the maker’s imagination that they can’t give the audience anything apart from those things.

With the same, tired, howls of duty and sacrifice, Bollywood period dramas and epics continue to peddle the same product in slightly different packaging and reap the benefits because of the divided loyalties of the audiences.