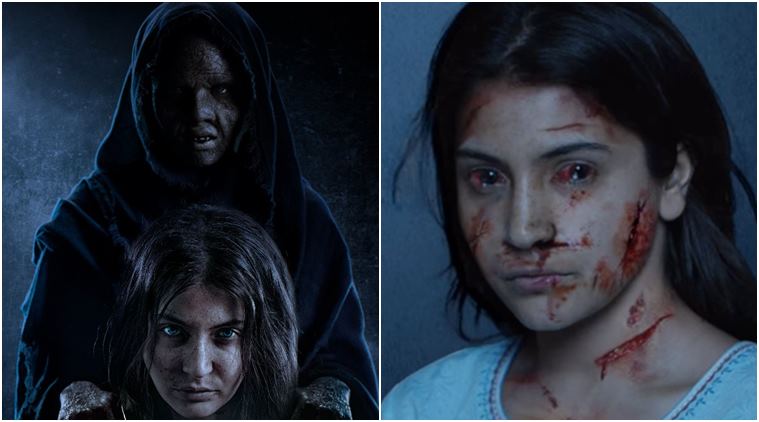 Anushka Sharma is haunting us every other day with spooky trailers of her upcoming movie Pari. After sharing a scary poster just 2 days ago, Anushka’s movie has now turned the most romantic day of the year into a ghastly one with the teaser of Pari.

Anushka shared a teaser that is anything but romantic. It features Anushka and her co-star Parambrata Chatterji watching Tv when Anushka expresses her love to Parambrata saying “I love you” but it doesn’t end there. Her voice starts to echo and suddenly we see the wounded and bloody doppelganger of Anushka appear out of nowhere, looking right at her.

By the looks of it, Pari seems a lot more promising than the typical horror movies that are made in Bollywood. For one, it doesn’t seem to be copying the tried and tested method of having four friends or a couple in a secluded place. We hope the cine- goers don’t come back as cheated audiences which is exactly how they feel after watching the monotonous horror flicks in our country.

If you haven’t watched it yet, here’s last week’s teaser of the most awaited scare of the year-

The movie is also going to feature Kahaani fame Parambrata Chatterjee alongside Anushka Sharma. If we go by these intense teasers, the movie is going to be one scare riot.

If you think Valentine’s Day is the only occasion it’s going to haunt then you are very wrong. The movie is all set to release on March 2 during Holi. So this Holi be safe, not only of the colors but also of the spirits lurking around silver screen.

Fanne Khan : Aishwarya Rai looks like a complete diva in this still
Shah Rukh Khan’s Zero to have out of the world climax