The Indian Wire » Entertainment » ‘Parmanu -The Story of Pokhran’: John Abraham’s first look is out! 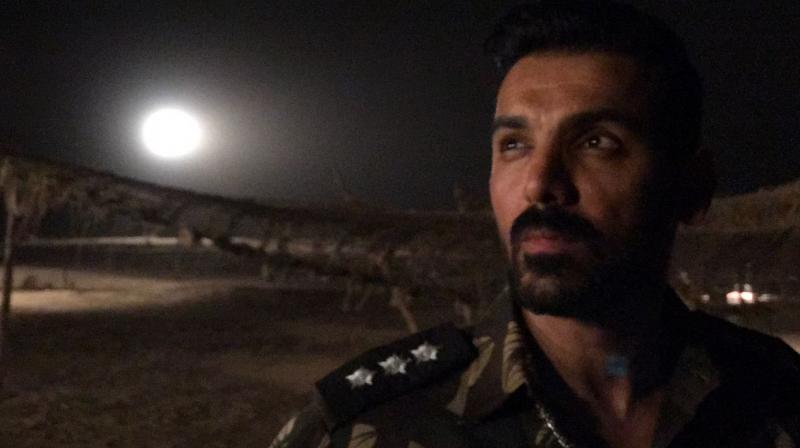 Well-known production houses KriArj Entertainment and JA Entertainment’s much talked upcoming film ‘Parmanu -The Story of Pokhran‘ recently had released the intriguing first poster of their film, which had gained high attention and appreciation from everyone. The film which has been in the news ever since its announcement, has surprised fans by releasing an intense movie still of its lead actor John Abraham. The picture sees him in character of an army officer with an intense look on his face.

The story is based on the series of underground nuclear tests carried out by the Indian government in Pokhran.The movie is directed by Abhishek Sharma and also stars Diana Penty and Boman Irani in pivotal roles.

Currently, the film is being shot in Jaisalmer where the set was hit by a sandstorm. A few lights which were supposed to be utilised in the shoot got damaged. The shooting was resumed as soon as the weather cleared.

‘Parmanu’ will be shot in real locations in places like Delhi, Jaisalmer and Pokhran. It has been slated to release on December 8.