It is a proud moment for India as an Indian short film ‘Period. End of Sentence’ has won an Oscar for the best Documentary short film this year. The film is sponsored by executive producer Guneet Monga and co-producer Monga’s Sikhya Entertainment and it is directed by the award-winning filmmaker Rayka Zehtabchi.

The film is created by The Pad Project organization set up by students of the Oakwood School in Los Angeles and their teacher Melissa Berton.

In her acceptance speech, Zehtabchi said, “I am not crying because I am on my period or anything. I can’t believe a film on menstruation won an Oscar.”

“Guneet Monga – know that you have been empowering women all over the world fight for menstrual equality,” she added.

“I share this award with the Feminist Majority Foundation, the entire team, and cast. I share this with the teachers and students around the worlds – a period should end a sentence, not a girl’s education,” she said.

According to hollywoodreporter.com, “The film also delves upon Muruganantham’s invention of the easy-to-operate machine that makes low-cost sanitary napkins using supplies that are readily available in India.”

Muruganatham, on whom Bollywood film ‘Pad Man’ was based upon, brings an easy-to-operate machine to small towns and train women to operate them. Women who manufacture sanitary pads, sell them to local women at affordable prices retaining the profits of their labour.

Since the announcement of the award, the internet is streaming with congratulatory messages for the director and proud messages from Indians.

Whoa. @guneetm just got thanked on the #Oscar stage and I got goosebumps. More power to you, Guneet. And to #PeriodEndOfSentence.

One of the most special moments of the evening…a film based on the taboos around menstruation wins BEST DOCUMENTARY SHORT! Congratulations to the entire #PeriodEndOfSentence team, and my fearless friend @GuneetMonga!! #Oscars2019

“A period should end a sentence, not a girls education.” ?✊?❤️ #TheOscars #Periodendofsentence pic.twitter.com/zzKmPwEt43

“WE WON!!! To every girl on this earth… know that you are a goddess… if heavens are listening… look MA we put @sikhya on the map,” Monga tweeted after the win.

WE WON!!! To every girl on this earth… know that you are a goddess… if heavens are listening… look MA we put @sikhya on the map ❤️ 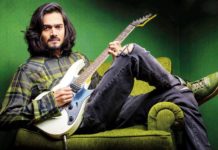 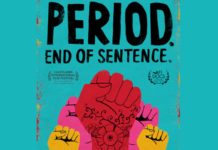