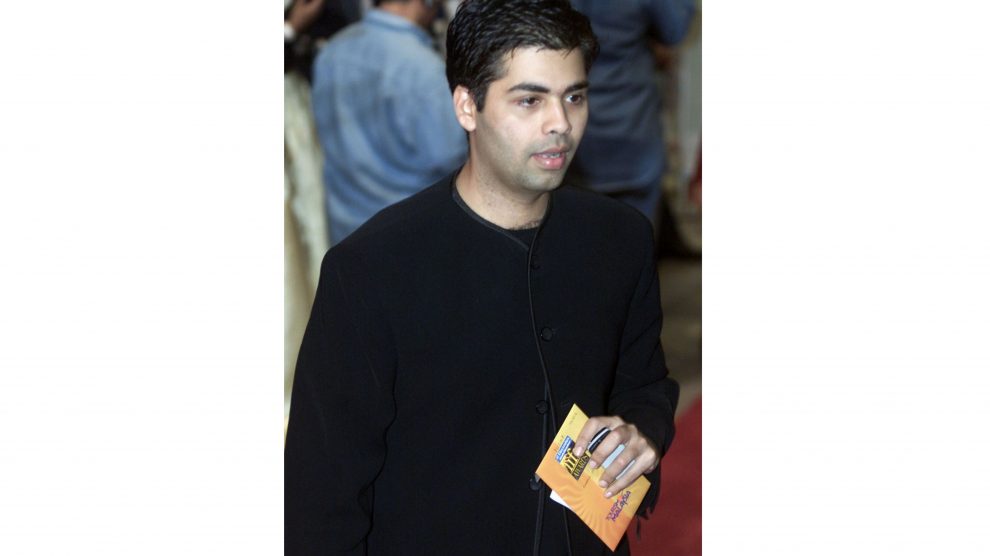 Karan is in New York and he is missing his twins Yash and Roohi. He shared an adorable picture of his twins on his Instagram account.

Karan Johar has been on his toes ever since he welcomed his twins Roohi and Yash in March this year. Karan has promised to share the photos of his children with the world. Now, it seems that the wait is finally over

Karan shared the picture of his twins on Instagram. He captions the picture along with a caption saying, ” I miss my babies!!!! #roohiandyash”

I miss my babies!!!! #roohiandyash

The picture has only the cute little hands of Yash, Roohi and probably their father, Karan. Currently, Karan Johar is in New York for IIFA awards and he is missing his children because he is away from his children for the very first time. Earlier in an interview when asked about sharing the pictures of his twin he said, “I am very excited to share the wonderful visual of my children with everyone but at the right time. I hope I can share their picture with everyone soon.”

Talking about his experience of holding his new borns for the first time, Karan said, “When I held them for the first time, I don’t think I can describe the feeling. I cannot explain what I felt. I just sat in the chair and held my daughter first, as she is a little more vulnerable medically. I didn’t even realize there were tears rolling down my face. That feeling cannot be replaced by any other emotion.”

WATCH : ‘Haseena Parkar’ trailer released!
Niki Walia : I had to give audition for ‘Ishq Gunaah’!