Actress Pooja Hegde is currently a busy bee with the promotions of her next film ‘Housefull 4’, which marks her return to Bollywood after three years.

She recently shared a picture on her Instagram profile with her co-stars Akshay Kumar, Kriti Sanon, Kriti Kharbanda and Riteish Deshmukh.

The entire cast of ‘Housefull 4’ recently boarded on a train titled ‘Housefull express’ from Mumbai to Delhi, to promote the film.

Pooja shared some of the pictures from inside the train, where everyone is seen bursting into laughter and having a good time.

‘Housefull 4’ is directed by Farhad Samji and produced by Sajid Nadiadwala and Fox Star Studios. Sajid Khan, who was earlier directing the film, stepped down from the role, after several actresses had accused him of sexual harassment last year.

The makers had recently released a song of the film titled ‘The Bhoot Song’ which featured Nawazuddin Siddiqui.

The Bala challenge, conceived by Akshay Kumar, has gone viral with various celebrities taking it up.

Akshay shared a video where the entire cast is seen shaking their legs on the ‘Shaitaan Ka Saala’ track inside the Housefull express train. 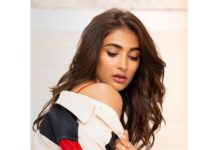 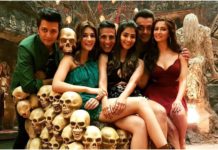 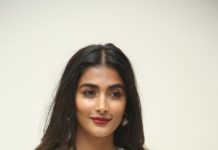 Housefull 4 actress Pooja Hegde paints the screen yellow with her lehenga, check out the pictures