Even if the Indian Cinema lagged behind when it came to putting across psychological factors as a theme but it is really great to know that many regional movies did it before the mainstream could. With ‘Devrai’ being the first film which talked about Schizophrenia, a Marathi film which was released back in 2004 but here especially talking about the 2012 Tamil film ‘3’ which introduced me to the genre of Psychological Thrillers. Ram’s ( Dhanush ) obsession with Janani (Shruti Haasan) takes a drastic turn after he’s diagnosed with Bipolar Disorder. Unlike Devrai, this film might seem like an ode to romance yet it highlights the talks of Psychological Disorders in the society like ours where superstition too has its equal share in the minds of people. As a note at the end of the film talks about it, making it crystal clear. Even before ‘3’ it was Bollywood’s Karthik Calling Karthik which raised talk about psychological factors.

Talking about Karthik Calling Karthik, it did justice to the story of people who deal with such psychological disorders. But these movies, do they provide a justification for the conditions of their characters? As it is an important part to make the audience aware and that’s when the past life of a character comes into the frame. In Karthik Calling Karthik, it’s a childhood incident that has led to a trauma hidden within him. And it is quite strange for viewers as the effects of that trauma are seen after so many years. But that’s how surprising human psychology can be!

And it is also important that movies act as a medium to bridge that gap of knowledge, making people aware of the psychological conditions. The stories we tell to ourselves helps to change our perception and hence knowing about psychological disorders through movies can be of great help. 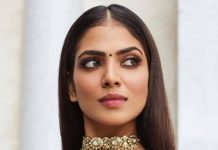 S P Balasubramaniam is stable, continues to be on life support