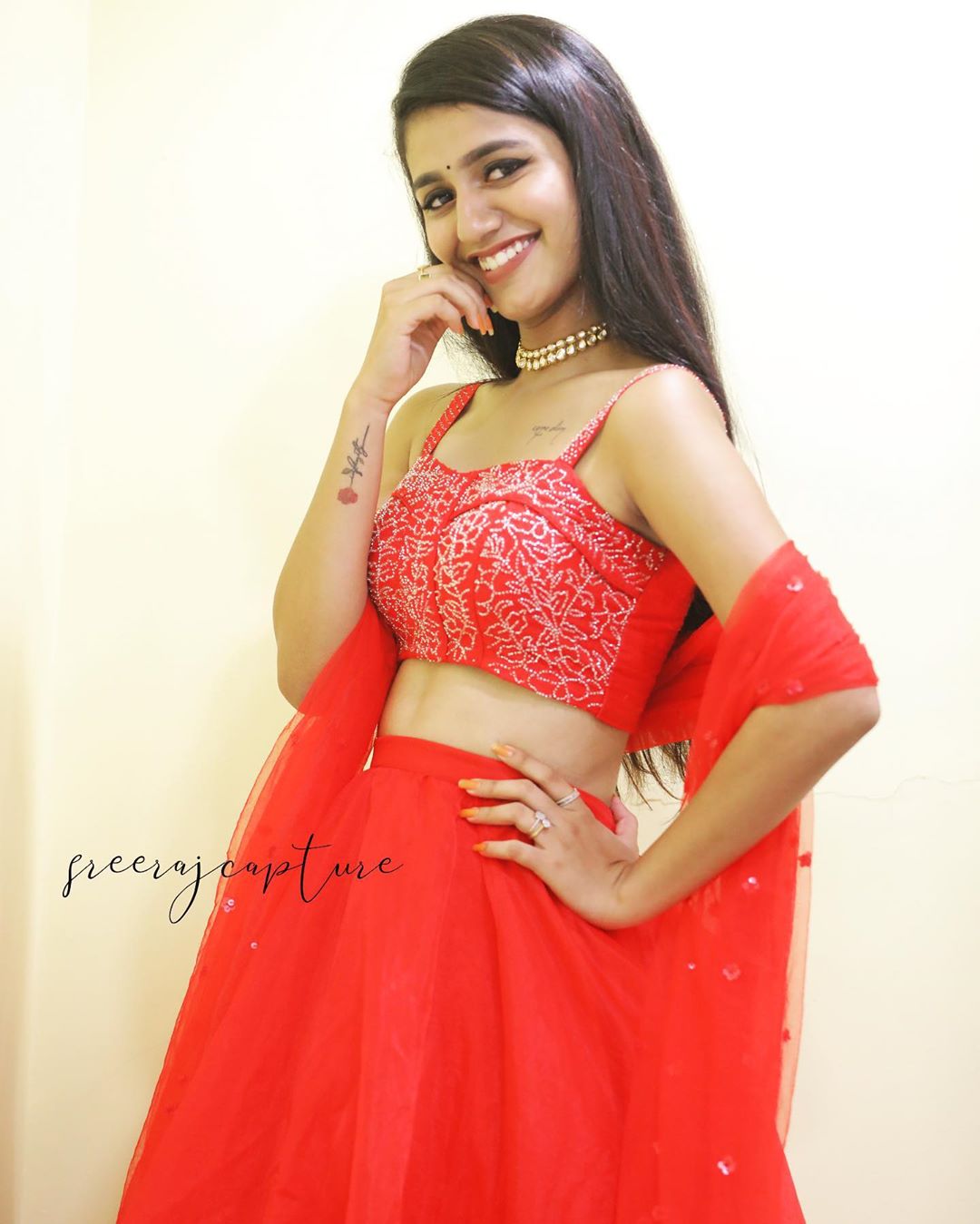 Priya Prakash Varrier is a well known face in Telugu film industry who had become a social media sensation with her ‘viral’ wink. Priya is known for her work in movies like Oru Adaar Love, Sridevi Bungalow and Nee Vaanam Naan Mazhai.

Priya has recently announced that she will turn singer for a Malayalam film ‘Finals’. She gave her voice for a song titled ‘Nee mazhavillu polen’. The song is already being loved by her fans. However, when Priya first shared the song with fans, she was trolled and people claimed that the song was ‘auto-tuned’. However, she didn’t respond to these criticisms.

Yesterday, the launch event for the song was organised at the Mall of Travancore and Priya reached there looking absolutely gorgeous.

She shared the photos with the caption, For the video launch of my first vocals,”Nee mazhavillu polen” from the movie Finals at the Mall of Travancore”

Fans can’t wait for the release of the film to hear their favorite actress.