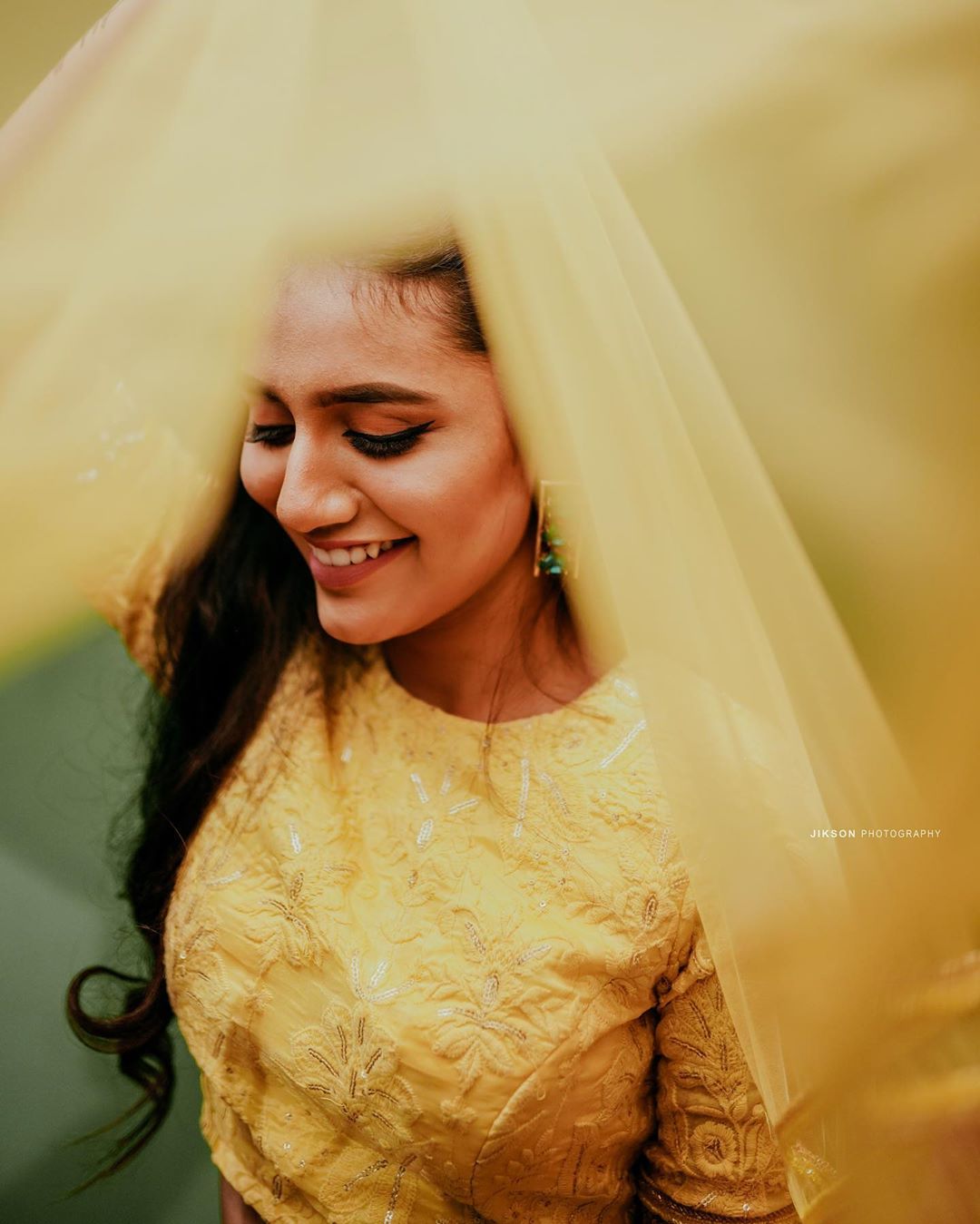 Priya Prakash Varrier is a well known name in Malayalam film industry who is known for her debut movie ‘Oru Adaar Love’. Priya got nationwide fame when a ‘wink’ of hers from a song became viral in Internet.

After her debut movie, Priya was also seen in the film like Sridevi Bungalow and Nee Vaanam Naan Mazhai. She is currently promoting her upcoming movie Vishnupriya.

Recently at one of the events, Priya was asked a question about her ‘wink’ and she replied that she wants to be recognized for her other talents as well. She said, “I think my eyes are very important to express feelings. Other than just winking, I will definitely see whether I can do something different in this film. I will try to prove myself better by performing this time.”

In addition to her hectic acting schedule, Priya is also very active on social media. She regularly posts on Instagram, her latest photos and news.

In her last few posts, Priya has shared a series of photos from one of her recent photoshoots. She can be seen wearing a beautiful yellow dress which looks like a lehenga.