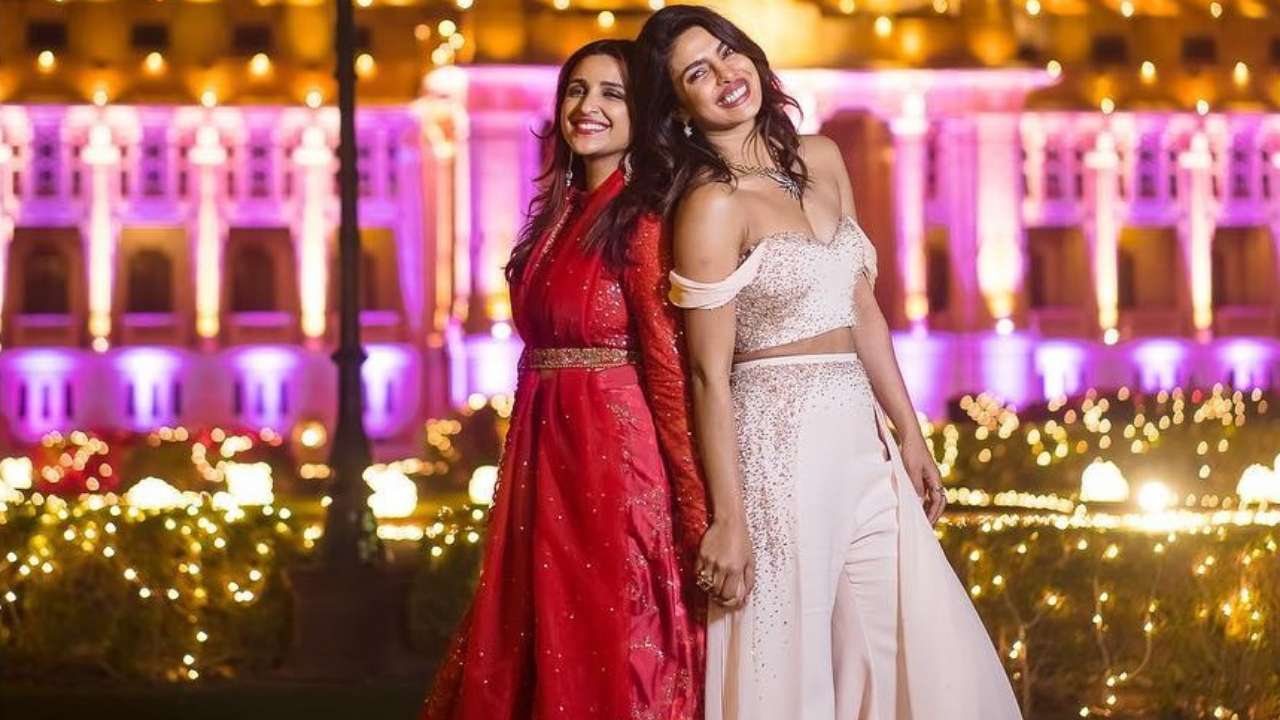 We all are known to the bond both Chopra sisters share and Instagram is proof of that bond. Tisha and Mimi are their nicknames and they are super adorable just like both of them in person. today is Parineeti Chopra’s birthday and as Pari turned a year older today, Priyanka as an elder sibling has a love message for her younger one.

Priyanka shares a beautiful selfie of herself and Parineeti Chopra on her Instagram story and she captioned the picture as, “Happy birthday Tisha! May this year be the best yet!! Love you lots”. The Baywatch star donned a red shimmer dress while the birthday girl looked elegant in her peach and white dress. Interestingly this picture was clicked on Priyanka’s birthday this year. 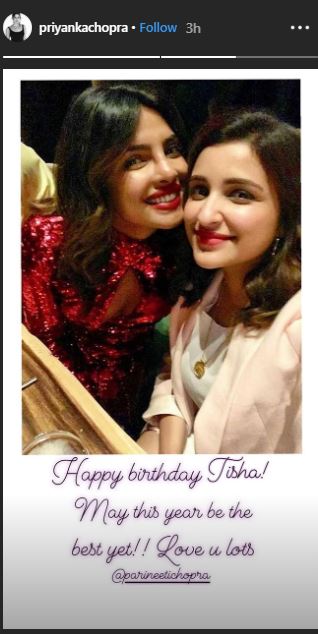 This cute gesture reveals their love for each other. Moreover, Parineeti had also spilled the beans earlier that she was among the first ones to know about PC and Nick’s love affair and his midnight proposal as well. And while the divas don’t leave a chance to express their love for each other on social media, Priyanka decided to make it a little special on Parineeti’s birthday.

Mimi and Tisha are now Elsa and Anna! The #ChopraSisters are finally coming together for Disney’s Frozen 2. Can’t wait for you guys to see us… I mean HEAR us bring these amazing, strong characters to life in Hindi. #Frozen2 in theatres on 22nd November 2019. @parineetichopra @disneyfilmsindia #frozensisters

However, on the work front, the Chopra Sisters are gonna dub together for Frozen 2’s Hindi Version. Parineeti and Priyanka Chopra Priyanka and Parineeti will be the voice of Elsa and Anna in the movie and this news has certainly got their fans ecstatic as this will mark their first official collaboration. It is no surprise to anyone that Parineeti and Priyanka both were seeking a project to work together for a long time but they didn’t get an appropriate project. As soon as Frozen 2 was offered to them, they both gave it a green signal as it is a story of two sisters.

Apart from this, Parineeti has started the shoot of the biopic of the badminton player Saina Nehwal. She has been working really hard to fit into a sports project and look like Saina Nehwal for the film. Besides, she will also be seen in the mystery thriller drama The Girl On The Train and Bhuj: The Pride of India.