We recently reported that Arjun Kapoor and Rakul Preet Singh would kickstart the second schedule of their upcoming film in Punjab. Now, we have learnt that actor John Abraham, who is also producing the film, will join the lead actors in the film. According to a report in Mid-Day, the Satyamev Jayate actor will make a cameo appearance in the untitled film which is being touted to be a cross border family romantic-comedy drama.

The report quoted a source close the development as saying, “While the Kaashvie Nair-directed vehicle is primarily about Arjun and Rakul’s characters, Kumud Mishra and Neena Gupta have prominent arcs in the story. John has been roped in to play a younger version of Kumud sir in the film and will be seen in one of the flashback sequences.”

The source also revealed that the team is currently looking for a newcomer to portray Neenaji’s younger version. “After finishing the shoot of Satyamev Jayate 2, which too is backed by Nikkhil Advani, John will shoot for his portions in the drama,” the source concluded.

The film is reported to be shot at various locations across Punjab including Chandigarh, Patiala, Amritsar and the Attari border. Bhushan Kumar earlier told Mumbai Mirror that the shooting spots play a major role in taking the story forward and the team will be treating Punjab as another character in the film.

The said film will be produced Bhushan Kumar, Krishan Kumar, Monisha Advani, Madhu Bhojwani, Nikkhil Advani and John Abraham. Written by Kashvie Nair, Anuja Chauhan and Amitosh Nagpal, the film will be directed by debutante Kashvie Nair, daughter of filmmaker K Shashilal Nair who has directed films such as One 2 Ka 4, Kroadh. 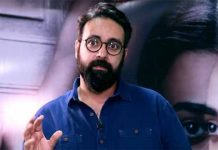