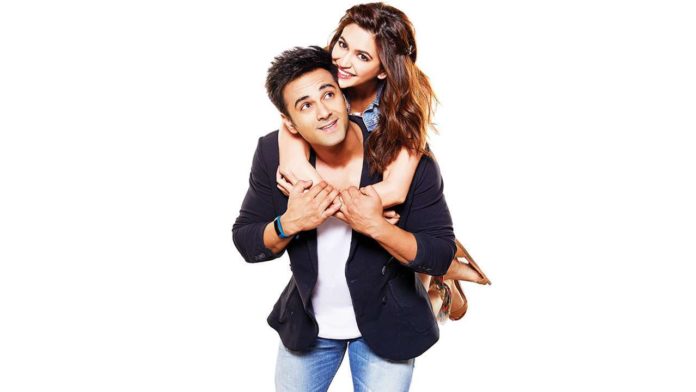 Pulkit Samrat and Kriti Kharbanda are one of the latest and currently among the most talked about couples in the industry. Both are promoting their upcoming comedy film Pagalpanti, and it seems the movie has helped them get to know each other well and becoming more than just friends.

The rumors of both Kriti and Pulkit dating each other are floating ever since they started working together on this film. Both were spotted very frequently in the city and they both also started travelling together for the movie and other personal schedule. Although most of the link-ups in Bollywood get over after the movie release, but it seems Kriti and Pulkit are planning to take it forward.

It all started when during an interview with Bombay Times, Pulkit talked about his present life situation and about his personal and professional life. Pulkit said that before getting this movie (Pagalpanti), he was going through a very rough period in his life as his movies were not working and he was not getting quality work. During this, he said, that Kriti was a great support system for him and said “she was the biggest Force in helping me get my act together”.

Kriti was there in that interview and interrupted saying, “When the world was afraid to show him the mirror, I took up the responsibility. I told him, this is wrong and you have to get your act together”. During the interview, when Pulkit was asked about his relation with Kriti, he said that he is trying to woo her, on which Kriti replied with a blush.

This rumor got more fire when recently in an interview with Bollywood Hungama, the cast of Pagalpanti, including Anil Kapoor, John Abraham and Urvashi Rautela, continuously teased Kriti and Pulkit and they were blushing with shyness.

During the interview, when Kriti was asked about his present situation she said shyly that she is on cloud nine personally. Anil Kapoor also continuously teased them calling them different names and both Kriti and Pulkit didn’t say much other than blushing.

Pulkit Samrat also called it ‘happiest phase of his life’. It is known that Pulkit was earlier dating Yami Gautam and they both were serious about each other. After splitting with Yami, Pulkit went through some rough times and it seems now that he has found his true love in Kriti.